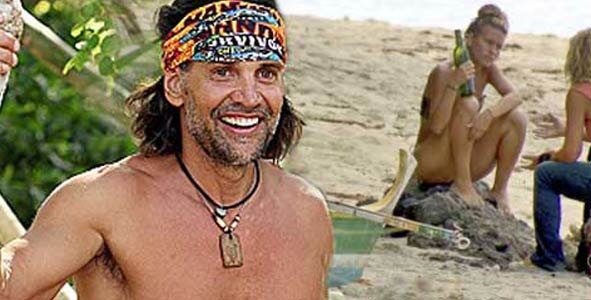 On Survivor One World, Troyzan Robertson didn’t go down without a fight up against a majority alliance looking to vote him out. Troyzan joins Rob Cesternino on a Thanksgiving Edition of Rob Has a Podcast to discuss the gameplay of the Survivor Philippines players.

Rob starts off by asking Troyzan about his polarizing reputation in the Survivor community where he is both beloved and hated by some fans of the show. Rob thinks that the reason for the two opinions of Troyzan are split between fans who love his never say die attitude and fans who were turned off my Troyzan’s reluctance to acknowledge the gameplay of Kim last season. Troy gives his thoughts on Rob’s assessment and says that he is always going to play hard but says there are reason’s why he won’t give Kim all the credit that some feel like deserves.

Turning to the current season, Rob wants to know if Troyzan thinks that Mike Skupin should’ve made the move to vote with Pete Yurkowski and Abi-Maria Gomes. Rob thinks that this was a very tough call but if it’s that close, it’s better to not make the move because there will be consequences that come with making this flip. Troy agrees that Mike didin’t have to make the move yet at this point in time.

Both Rob and Troyzan were bumpuzzled by the gameplay of Jonathan Penner on this week’s show. Mike and Lisa Whelchel attempted to bring Penner into the final 3 with them but Penner refused their invitation. Rob and Troy both felt like it was not only foolish to turn down an alliance invitation (usually a bad idea on Survivor) but especially considering his position at the bottom of the alliance. Rob thinks that this wasn’t a savvy move for a veteran player like Mike Skupin.

Rob wants to know Troyzan thinks about the behavior of Abi-Maria Gomes in the game and Jeff Probst’s assertion that there was a cultural divide that is causing her to have trouble communicating with the rest of the group. Troy says that he has worked with a lot of women from the countries of Columbia and Brazil and there is a difference in the culture and language such as at tribal council when Lisa said that Abi-Maria wasn’t as gracious as the other players. Rob doesn’t buy that as an excuse because when she is saying things about being done cooking but not done eating, that is NOT something that is being lost in translation.

During Tribal Council, Denise Stapley said that she doesn’t want a “bad player” like Abi-Maria to get to the final three this season.  Rob and Troyzan talk about why they don’t agree with Denise’s strategy to try and win the game.  Rob finds out from Troyzan what players he wanted to go to the final three of his season.

Troyzan answers a number of questions from the listeners of Rob Has a Podcast from Facebook including giving some more insight into what was the correct answer to the question that Troy asked Kim Spradlin at the final tribal council. Troy also discusses how he came into possession of Kim’s hidden immunity idol and why he ended up selling it on Ebay recently. Plus we’ll also find out why Troyzan rarely wears a shirt, whether Troyzan could potentially be Malcolm Freberg’s father and who Troyzan endorses for the upcoming Miss Survivor competition.

RobHasAwebsite.com/BlackFriday – Get Black Friday Deals on Amazon and Support Rob Has A Podcast

RobHasAtundraHat.com – Save 25% on your Tundra Hat when you use the promo code: RobHasAcoupon