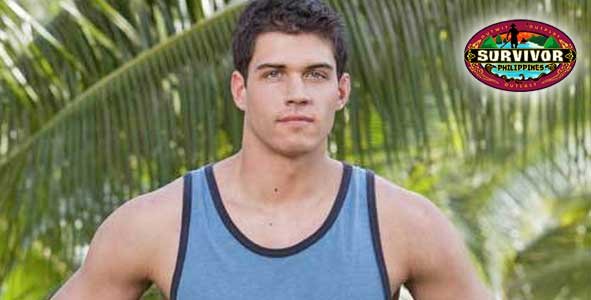 Boyz in the Hoodie - Pete Yurkowski

Pete Yurkowski was causing chaos at the pre-merge Tandang tribe earlier this season on Survivor: Philippines. However, once the tribes merged, the cracks over at Tandang became as wide as the grand canyon. Rob Cesternino talks with Pete in his Rob has a Podcast exit interview to see what role Pete played in the downfall of the Tandang Tribe.

Rob starts off by asking Pete about the early success of the Tandang tribe and how that resulted in so many problems after the merge. Pete feels like the Tandang group could have been much stronger had they parted ways with RC Saint-Amour and Mike Skupin before the tribes got a merge. With a smaller, stronger group, Pete feels like he would’ve had more success in the game. Rob wants to know if it was a good idea to fan the flames of the RC and Abi-Maria Gomes feud early in the game and Pete thinks that the girls would’ve fought no matter what so he didn’t think his role made too much of a difference. Pete also didn’t blame Abi-Maria for his going out of the game at this point.

Rob brings up the conversation from the final 10 when Jeff Kent got voted out between Pete and Malcolm Freberg. Rob asks if Lisa insisted that Malcolm did indeed have an idol after their conversation. Pete says that Lisa didn’t force the issue and it was very close to tribal council. Rob wanted to know what the fallout was between Pete and Malcolm after Malcolm revealed to the group that he did have the hidden immunity at tribal council. Pete said that he kept the door open to work with Malcolm but Malcolm had already gone in another direction in the game.

Rob was also curious is Pete and Abi-Maria ever tried to work with Jonathan Penner during the game. Pete said that Penner would often talk with him about the game but he doesn’t have any idea what Penner is thinking in terms of strategy. Turning back to the original Tandang, Rob wants to know why Pete couldn’t get along with RC and Mike Skupin. Pete found RC to be annoying in her constant talk of strategy and didn’t like how Mike Skupin constantly wanted to take votes on how the tribe should proceed.