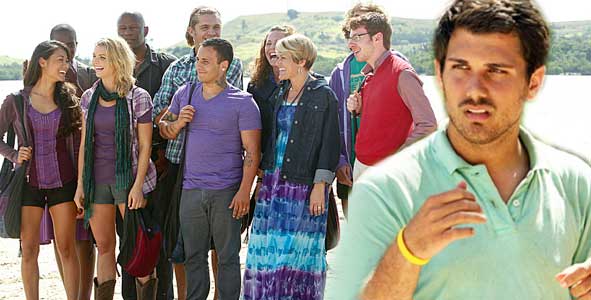 What will Colton have to say about the cast of the new Survivor?
Now playing

Colton Cumbie was one of the most controversial Survivor players of all time during “Survivor: One World”. Filling in for returning veteran, Corinne Kaplan, Colton joins Rob Cesternino to discuss his first impressions on the brand new cast of the show.

Rob and Colton go through the cast of Survivor Caramoan starting with the fans, specifically the female fans of the show. Colton doesn’t think that there’s too much of a difference between the four young female players on the fans tribe: Hope Driskill, Julia Landauer, Allie Pohevitz and Laura Alexander.

As far as the male fans go, Colton thinks that Reynold Toepfer and Eddie Fox are two good looking guys who could do well in the game. However, Colton is not as optimistic about Michael Snow because Colton thinks that he’s not going to fit in with the other players.

Stay tuned for our big Survivor premiere week when the new Miss Survivor is crowned LIVE on Tuesday night at 10 pm ET and Rob returns with Stephen Fishbach for another season of Survivor Know-It-Alls, LIVE at 9:45 pm ET on Wednesday.