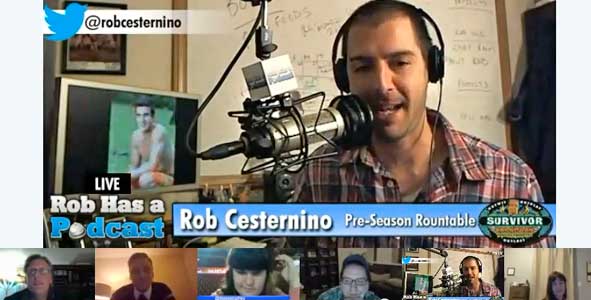 Rob and the bloggers discuss the upcoming season of Survivor

Rob’s esteemed team of bloggers are gathered in this roundtable to give their thoughts and predictions for the upcoming 26th season of Survivor: Caramoan. Joining Rob are returning bloggers Andy Baker, Glenn Holford, and Sarah Freeman, as well as Josh Wigler who is joining the RHAP blogger coterie this year.