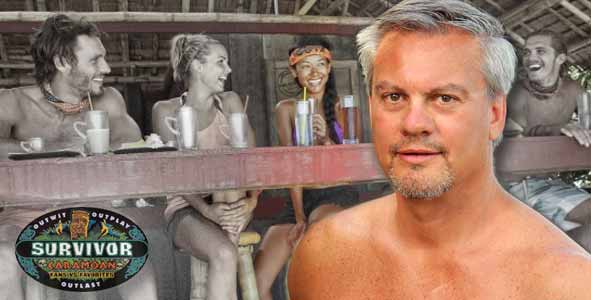 Marty returns to Rob Has a Podcast

Marty Piombo played Survivor Nicaragua with Brenda Lowe before she became a cast member on Survivor Caramoan. Marty joins Rob Cesternino for the third time to talk about this week’s episode on Rob Has a Podcast.

Rob asks Marty about the decision made by Phillip, Cochran, Dawn and Corinne to vote out Julia Landauer instead of Mike. Marty discusses the feud between Phillip and Corinne and compares it to some of the tense times during Survivor Nicaragua. Rob wants to know what Marty thinks Brenda is up to after having such a dominant strategic season in Survivor Nicaragua.

Turning to the Gota tribe, Rob and Marty discuss Malcolm Freberg’s idead to start a BROlliance with Eddie, Erik and Reynold. Rob thinks that this idea could really shake up the game.

Marty answered a number of questions from the listeners of Rob Has a Podcast including the winner of the dumber than the bag of hammers award for the season. Jessica Frey asked if Marty agreed with Stephen Fishbach’s theory that Sash was the big strategic genius in Survivor Nicaragua, but Marty didn’t buy that theory.

Later in the show Rob spoke with the Easter Billy to discuss who is getting chocolate eggs and whom is getting rotten eggs this easter.

Finally, Nicole Cesternino joins Rob to discuss a recent death in the French version of Survivor and answer all of your listener voicemails.

Subscribe to our Survivor only feed of Rob Has a Podcast at: RobHasAwebsite.com/iTunes