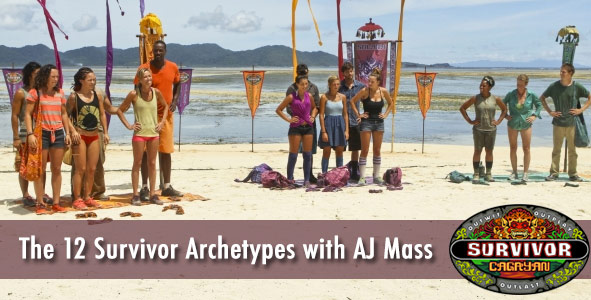 Discussing the 12 Archetypes of Survivor Cagayan with AJ Mass

Rob Cesternino discusses the 12 Archetypes from Survivor Cagayan with ESPN’s AJ Mass. AJ is the author of the new book, “Yes It’s Hot in Here: Adventures in the Weird, Woolly World of Sports Mascots” which is available for pre-order on Amazon.com

After winning last season’s Survivor Fantasy Draft, Rob gave the first pick in the draft to AJ in the snake draft.  The scoring system awards

Listen to ALL of AJ Mass’ past appearances on RHAP

This Episode is Sponsored By:

DraftKings.com – Get FREE entry to play in one-day leagues for Opening Day with a chance to win $500,000 in prizes with Promo Code: ROB