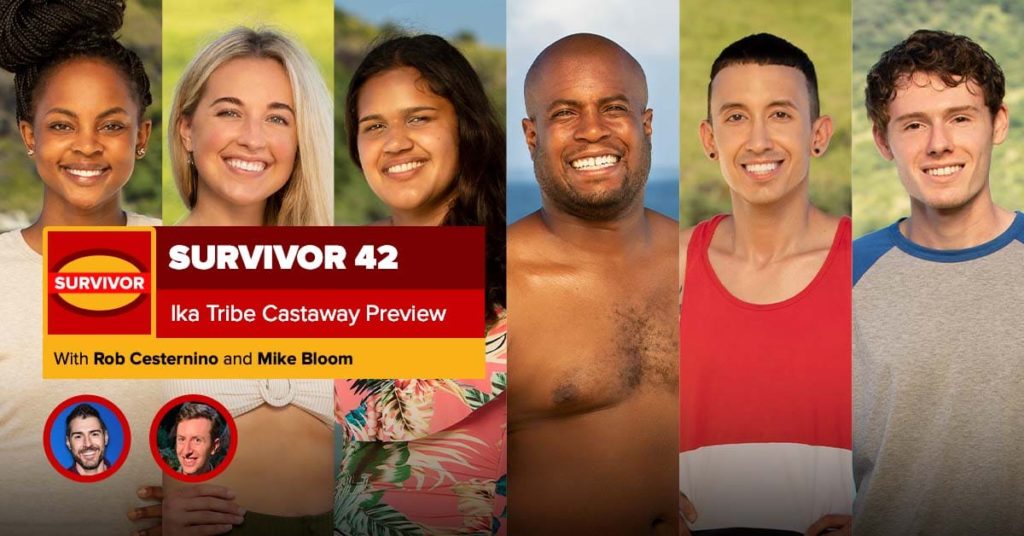 The Survivor 42 cast list has been revealed and Rob Cesternino (@RobCesternino) is joined by Mike Bloom (@aMikeBloomtype) to preview the first 6 castaways from the Ika tribe! Just a little less than a month away from the March 9th, 2022 premiere, Rob and Mike introduce the six members of the Ika tribe:

Subscribe and stay tuned to the Rob Has A Podcast Survivor Feed for the upcoming castaway previews from the Taku and Vati tribes as well as RHAP’s usual Survivor season coverage including Survivor Know-It-Alls, exit interviews, episode recaps, the Stockwatch, RHAP B&B, Why ___ Lost, Survivor Global and more!