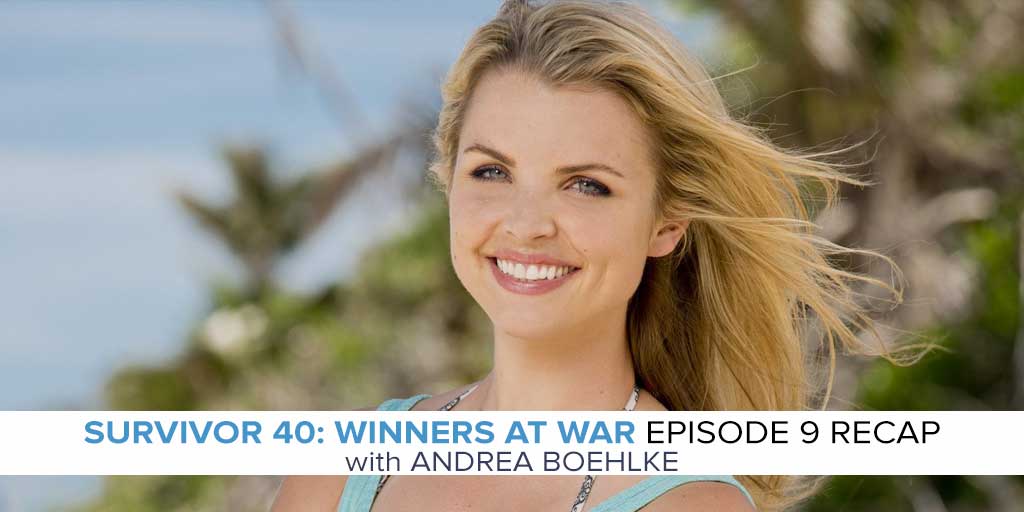 This week, Rob is joined by Three-Time Survivor and People NOW Host Andrea Boehlke to discuss everything that happened during the ninth episode of Survivor: Winners at War and go through questions submitted by the listeners of Rob Has a Podcast.