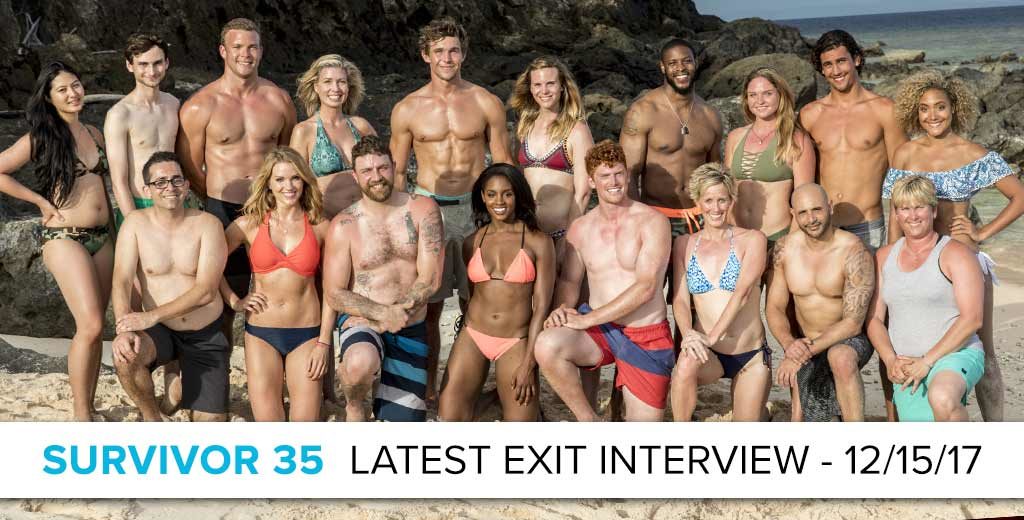 On a night where we saw a premature idol, the victim of plan B, ocean rescue captain Ashley Nolan, had her best alliance member Devon flip on her, then rejected his “Coach” hug. Ashley does admit that she was surprised that Ben voted for her after pointing to vote out Dr. Mike, but does not blame him for going with the majority. She said that Dr. Mike went to her and Devon, telling one that the other was flipping on them, and for this reason, she does not blame Devon for his move. On a night where she raised her hand saying she had a final 3, her ideal one would have been with Devon and Dr. Mike.

Ashley said that the tribe did try to follow Ben for the most part, but did not do a very good job of it with people missing assignments. She doesn’t know why Chrissy wanted her out exactly, but feels it was not because she was a woman. She was certain that Ben would have gone home had he not had or played an idol. She did thoroughly enjoy Chrissy’s company and due to their lack of speaking about strategy, she believes that Chrissy had every reason to want her out. When Joe was voted out, the alliance of 3 kept Ben over Joe because he was still useful as a double agent. With JP, they did not even make themselves seen together after Alan’s #IdolStripSearch, which also taught her that perception was reality when he mistook her handing JP an idol, when in actuality she handed him a piece of fruit.