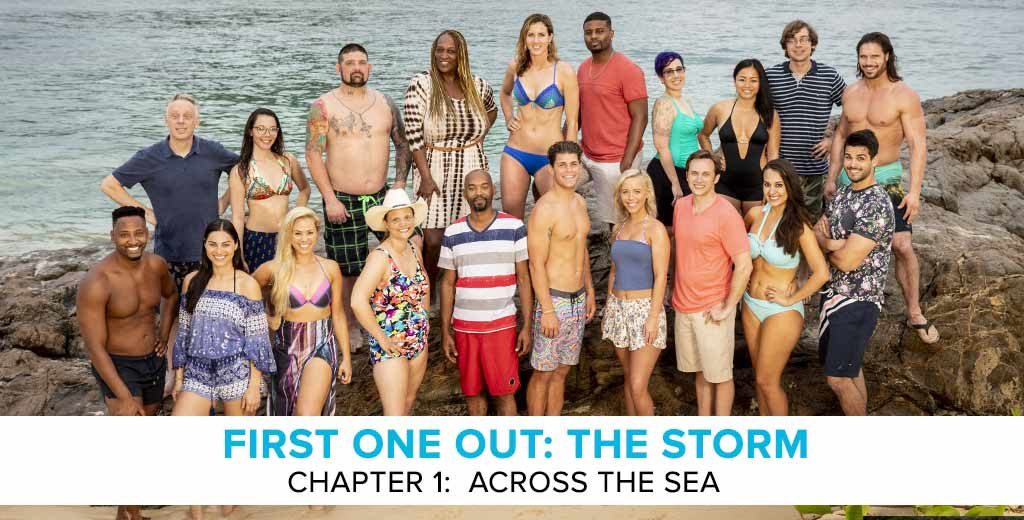 First One Out: The Storm - A Survivor Preseason Podcast | Chapter 1: "Across the Sea"

First One Out: The Storm – A Survivor Preseason Podcast | Chapter 1: “Across the Sea”

“First One Out,” the Survivor preseason podcast collaboration between The Hollywood Reporter and Rob Has a Podcast, returns for a third season.
Survivor embarks on its 37th season with the biblically titled “Survivor: David vs. Goliath,” which pits ten “underdogs” against ten “favorites” in a battle for a million bucks. According to Jeff Probst, the theme of the season comes down to a fundamental question: “What is the advantage?” The notion is put to the test in the opening challenge, as outlined in this first episode of “First One Out,” along with some early details about the season’s first few moments. The question about advantages has a literal answer as well, as Survivor will introduce a new gameplay mechanic this season, as revealed in this chapter.
More urgently, however, the players will have to contend with another force: Mother Nature. The opening days of David vs. Goliath are marked by torrential rain, which provides much of the soundtrack for this season of the podcast. In this introductory chapter and in the weeks ahead, you’ll meet the twenty new Survivor players set to weather each other, in addition to weathering “The Storm.” One of these players will win the game… and one of them will be the “First One Out.”

Find more of Josh Wigler’s Survivor coverage at THR.com/Survivor, and look no further for the full release schedule of the third volume of First One Out: