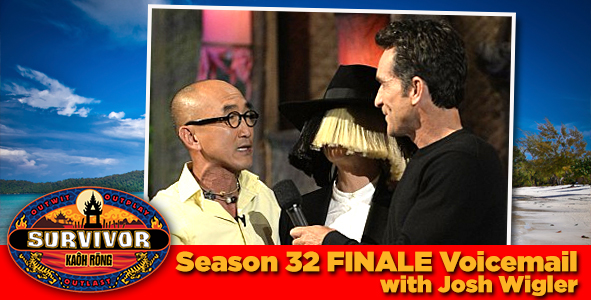 Josh Wigler on the Fallout from the Kaoh Rong Finale

Rob Cesternino talks with Josh Wigler (@RoundHoward) about the aftermath of the Kaoh Rong finale from his viewpoint in attendance at CBS Studios.  Josh and Rob discuss their respective exit interviews, the reaction to Michele’s win (and Aubry’s loss), Sia’s appearance at the finale, the bitterness or non-bitterness of the jury, whether the fire-making challenge needs improvement and much more.

Listen to the Interviews with The Final 3: