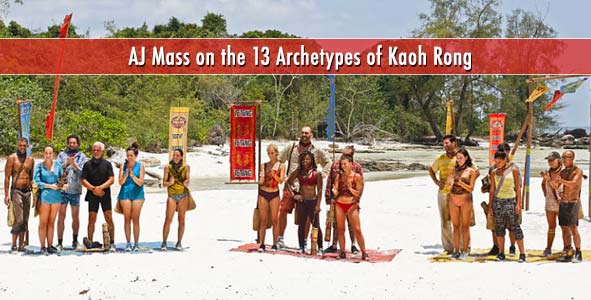 Survivor 2016: AJ Mass on the 13 Archetypes of Survivor Kaoh Rong

Rob talks to ESPN’s A.J. Mass, author of the books How Fantasy Sports Explains the World: What Pujols and Peyton Can Teach Us About Wookiees and Wall Street and the latest release Yes, It’s Hot in Here: Adventures in the Weird, Woolly World of Sports Mascots, about the Survivor San Juan Del Sur archetypes and they do their Survivor Fantasy Draft of the final 13 players.

LISTEN TO ALL OF AJ MASS’ PODCASTS ON RHAP