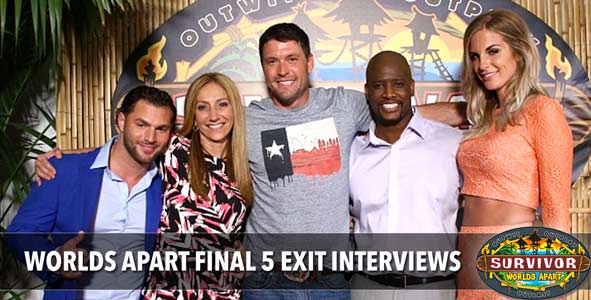 Rob Cesternino talks to all five of the players from this week’s Survivor Worlds Apart finale in our big wrap-up exit interview.

Rob speaks with the winner of Survivor Worlds Apart, Mike Halloway and the rest of the Final 5 from Survivor 30 in our post Finale Exit Interview

Exit Interview with Carolyn “Mama C” Rivera and Will Sims II (Starts at 19:00)