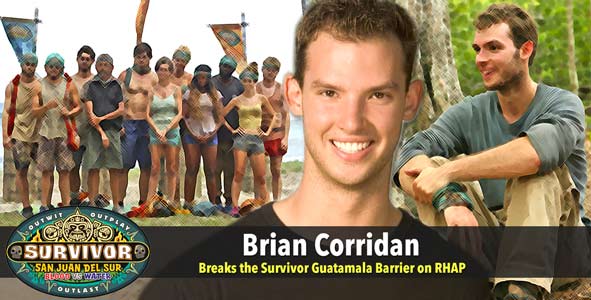 Survivor 2014: Brian Corridan talks Survivor Guatamala on the podcast for the first time on RHAP

Rob crosses another item off of the bucket list as he talks to Brian Corridan of Survivor Guatemala for the first time. Brian and Rob talk about Brian’s job tutoring students for SATs, traveling about New York, and Twitter etiquette.

Brian and Rob discuss Josh and Reed and inductions to the Wine and Cheese alliance. They talk about how rough the seasons have been as of late and compare them to the past seasons. Guatemala is agreed upon as a tough season due to the weather, prolific bugs and the crocodiles in the water.

Questions from the RHAP community are addressed, including:

Special thanks to Alisha MacElwee for this episode recap