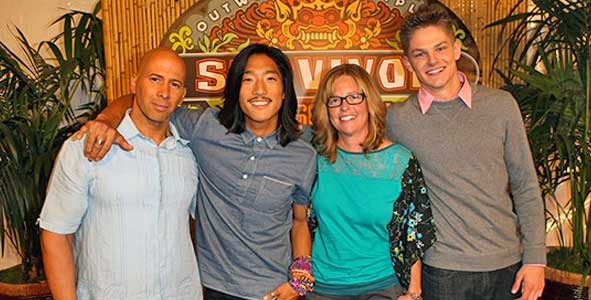 Exit Interview with the Winner of Survivor Cagayan, Tony Vlachos:

After such an exciting season, Rob has the opportunity to speak with the man at the center of all the drama, Tony Vlachos.  In this interview, Rob talks to Tony about the following topics:

After a night in which Woo made one of the most questionable decisions in Survivor history, Rob talks to Woo about his game and asks the following questions:

Rob talks with Kass about her wild season and asks the following questions:

Interview with the Winner of The RHAP Survivor Cagayan Fan Favorite Player of the Season, Spencer Bledsoe:

Lastly, Rob talks to Spencer about his game this season and asks him about the following topics:

Join Rob next time on Rob Has a Podcast for a special sit down interview with the RHAP Fan Favorite Player of the Season, Spencer Bledsoe.  Stay tuned for the opportunity to ask questions for Spencer on our Facebook page.

Survivor Know-It-Alls LIVE After the Finale