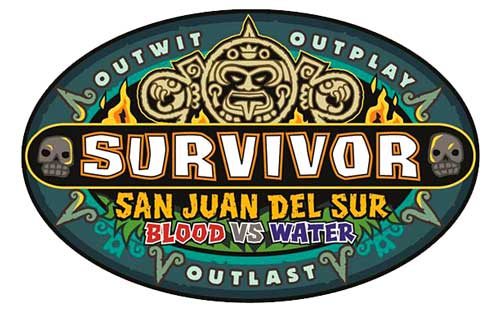 Survivor will return for its 29th season on CBS on Wednesday, September 17, 2014 with “Survivor: San Juan Del Sur”. 18 new contestants will be marooned on the islands of Nicaragua to battle the elements and each other to win one million dollars and the title of Sole Survivor. These islands were previously the home of seasons 21 and 22, “Survivor: Nicaragua” and beloved fan favorite season “Survivor: Redemption Island”.

This season will feature the return of the “Blood vs. Water” twist with family members competing against each other. However, unlike the original Blood vs. Water season, “Survivor: San Juan Del Sur” will feature a cast entirely of first time players. Originally 20 Survivors were set to compete, but two were pulled from the game before filming started due to medical reasons. Because the pair that was cut consisted of two people of the same gender, this season will feature a rare gender imbalance of contestants for Survivor.

Rob Cesternino will be podcasting about Survivor: San Juan Del Sur all season long. He’ll be joined by Stephen Fishbach for “Survivor Know It Alls” live after every episode, bring you exit interviews with the eliminated contestants, and dig deep with your favorite past Survivors to break down everything that unfolds in the new season.