Now playing
Rob Cesternino and Nicole welcome their first ever in-studio Survivor guest, John Fincher from Survivor Samoa. John talks about his time on Survivor Samoa playing with Russell Hantz and discusses what he thinks of Russell's game on Survivor Redemption Island. 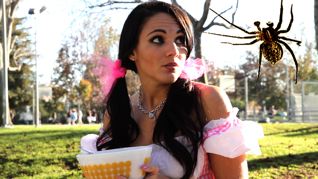 On a recent trip to the mall, Nicole and I stumbled on to a strange device called a Hurricane Simulator. It was an opportunity that called for the Flip Camera: And coming this weekend, you’ll be BLOWN AWAY when Nicole and I are back with an all-new Big Brother Podcast!