Now playing
Rob Cesternino talks with Jonny Fairplay and Dirty Dutch Mantell about the recent death of Macho Man Randy Savage and the legacy of his wrestling career that he left behind on Rob Has a Podcast.

Now playing
Rob Cesternino catches up with Gordon Holmes to talk about Survivor Redemption Island, the Survivor Hall of Fame and discuss the happenings on Season 2 of Community including part 1 of the season finale on Rob Has a Podcast.

Now playing
Rob Cesternino talks with Jonny Fairplay about his wife's appearance on WWE Tough Enough, going on Dr. Phil, The top 50 WWE superstars of all-time, VH1's Saddle Ranch and of course, some Survivor Redemption Island on Rob Has a Podcast.

Now playing
Rebecca Black might just be the new Charlie Sheen right now. Her song "Friday" has gone completely viral and is being heard everywhere. Find out what Rob Cesternino and Nicole have to say about Rebecca Black and her favorite day of the week on Rob Has a Podcast.

Now playing
Rob Cesternino talks with Jenn Hoffman from US Weekly and Celebrity Apprenitce about the on-going saga of Charlie Sheen and his appearances all over the media. We'll try to answer what lies in store for Charlie Sheen and Two and a Half Men on all Sheen edition of Rob has a Podcast.

Now playing
Rob Cesternino is talking with Eric Stein from Big Brother about the greatest TV show of all time, Saved By the Bell. Rob and Eric will answer all of the great unanswered questions about Zack, Screech, Slater and the gang on Rob Has a Podcast.

Now playing
The five episode run of Hard Knocks just wrapped up and super Jets fan Rob Cesternino has a lot to say about the show and the Jets season in a Hard Knocks podcast!

Now playing
The hottest show on TV this summer is the HBO Vampire drama, True Blood. Rob talks with two-time Survivor Jonny Fairpaly about the new season of True Blood in an all new podcast.

Now playing
Jack Bauer has reached his final hour as 24 comes to a close. Rob Cesternino breaks down eight seasons of 24 with Steven Brandon, who survived a stint this week on the hit ABC series "Wipeout" in an all new Rob Has a Podcast 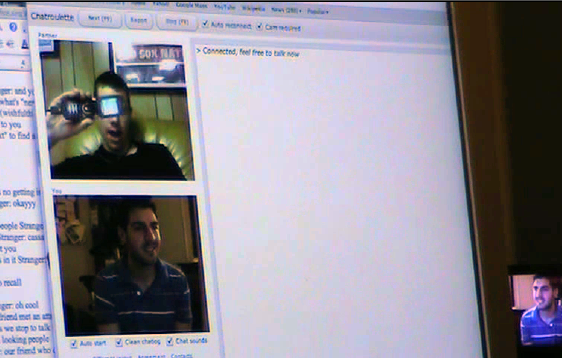