Now playing
It's been two weeks since Mike Boogie has been out of the Big Brother house, what does he now think about his game and what's happened since his eviction?

Now playing
Chelsea Gheesling has been watching her husband all season long compete on Big Brother 14. What does Chelsea think about the Dan's strategy this season including the infamous funeral. Plus, we'll recap Sunday night's episode of Big Brother LIVE on Rob Has a Podcast
RHAP Amazon Shop: Amazon.com/shop/RHAP

Now playing
Did Dan Gheeslings latest shocking play on Big Brother help him win the game this week or did he just ensure that he will lose in the final two by evicting Shane?

Now playing
LIVE on Tuesday, Sept 18th at 12 pm ET / 9 am PT… there’s only one day to go until the Big Brother 14 Finale and the Survivor Philippines premiere. We will discuss the Big Brother Final 3 one last time and get all the latest information as to whether Dan Gheesling, Ian Terry or […]

Now playing
It was the Big Brother Final 2 for the ages, Dan vs. Ian and in the end Ian was the winner, 6-1. Rob and Nicole react to Ian's win and try to figure out where Dan Gheesling went wrong on Big Brother 14.

Now playing
We watched them compete on Big Brother all summer long, but now we hear from the final three from Big Brother now that they're out of the house. Hear from Big Brother winner Ian Terry, second place finisher Dan Gheesling and second runner up Danielle Murphree about their summer and what's happened since the finale.

Now playing
LIVE on Tuesday, 10/16 at 9pm ET / 6 pm PT, Dan Gheesling will join us LIVE on Spreecast to discuss all things Big Brother and whatever else you want to ask him on a very special edition of Rob Has a Podcast. 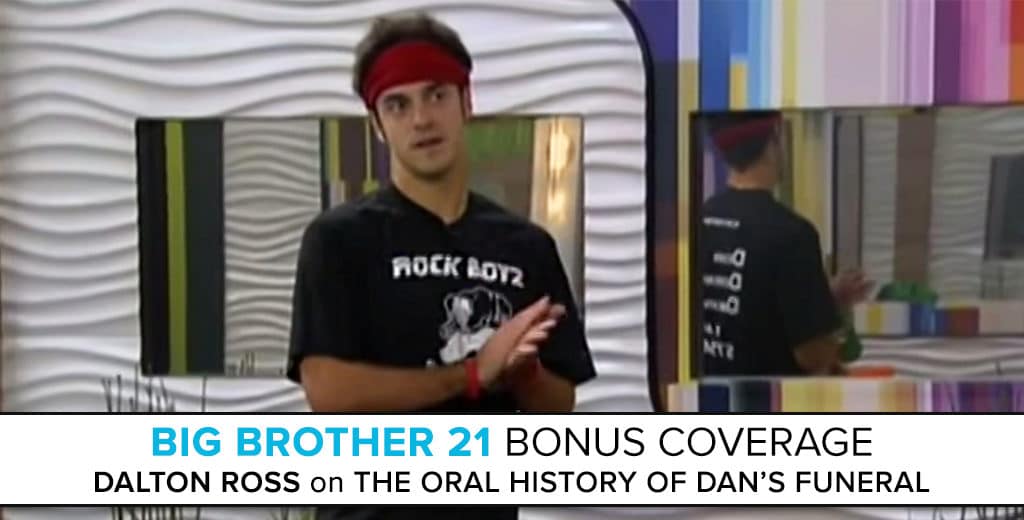