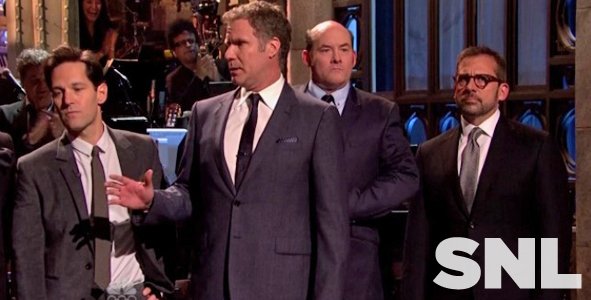 After this week’s brand new episode of Saturday Night Live hosted by Paul Rudd (the first of 3 new episodes in December), Rob Cesternino and Rich Tackenberg got together to discuss what sketches worked and which ones fell flat.

Check out this week’s show and let us know what you think.  Next week, Rob and Rich will be back to discuss the new episode of Saturday Night Live hosted by John Goodman with Musical Guest, Kings of Leon.