Jordan is joined by Big Brother Canada 1’s Alec Beall and Peter Brown, as well as Taran Armstrong to discuss the latest Big Brother Canada 4 episode and everything happening on the live feeds. Things discussed include:
Join us THURSDAY, MARCH 31st, for a special LIVE post-eviction show, after the BBCAN4 90 min episode AND the 30 min BBCan Sideshow at 10:15PM ET, featuring the smartest player never to win BBCan, Neda Kalantar. 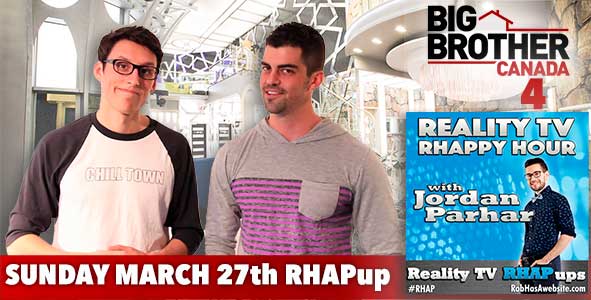