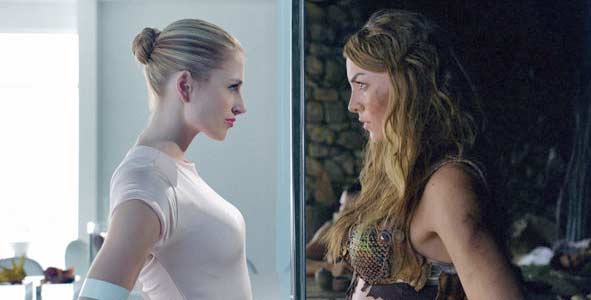 Never before has a podcast touched on so many Opposite Worlds

In preparation for Tuesday’s premiere of Opposite Worlds, Rob Cesternino goes spanning all of “Rob Has a Planet” to bring you news and updates about everything going on.  Rob also officially announces that a date has been set for the premiere of “Survivor Cagayan” on Feb 26th, 2014.

Rob also updates up by announcing that the voting for Miss Survivor will begin this Sunday, January 19th.  Then, coming up this Monday, Jan 20th, Rob will host a 10-year reunion for the cast of Survivor Pearl Islands.

Interview with Luke Tipple, Host of ‘Opposite Worlds’ on SyFy

Rob peppers Luke with questions about how the show is going to work.  Luke explains what life is going to be like for the players living in the future and in the past.  Luke also gives some details about how social media is going to play a big part in the Opposite Worlds game.

Rob welcomes Curt Clark back to the podcast to discuss the upcoming Miss Survivor pageant.  The voting for this year’s winner kicks off on Sunday, January 19th at 12:01 am ET at MissSurvivor.com.  Rob and Curt break down how the voting is going to work for both Miss and Mr. Survivor and go over what the schedule is going to be.

Rob and Curt also preview some of the most compelling story lines in this years competition which include mothers and daughters competing, a chance at Redemption for another Survivor and intrigue from the couples who competed on Blood vs Water.

Previewing the Survivor Roast of Rob Cesternino with Alex Forstenhausler

With the first ever Survivor Roast just over a week away, Rob Cesternino welcomes Alex Forstenhausler back to the show to discuss the show.  Alex who is a member of the Friar’s Club is going to be helping work with the Survivors to get their material ready.

In addition to discussing what’s happening in the show, Rob reveals two more Survivors that are going to be appearing at the show.

Submit Your Roast Jokes Here – Send in your best zingers for Rob and the rest of the Survivor Roasters.

Get Tickets for the Survivor Roast – Get $5 off tickets when you use Promo Code: SURVIVOR

Earlier this week, Rob and Gordon Holmes got together to discuss what an all-star version of the Brains, Beauty & Brawn tribes would look like.  While the podcast was received extremely well, it was not without controversy.  The most talked about selection was the inclusion of Ciera Eastin on the brains tribe, which was the subject of a voicemail by Eric Connelly.

Rob talks about the decision to include Ciera Eastin on the brains tribe and recaps how the controversy spilled over to twitter, sparking a lively debate between Eliza Orlins (@Eorlins) and Ciera Eastin herself (@cieraEastin)

With everything that is going on, it’s sure to be a very exciting next few weeks on Rob Has a Podcast. As always, let us know what you think about this jam-packed show in the comments section below.

Opposite Worlds See all podcasts