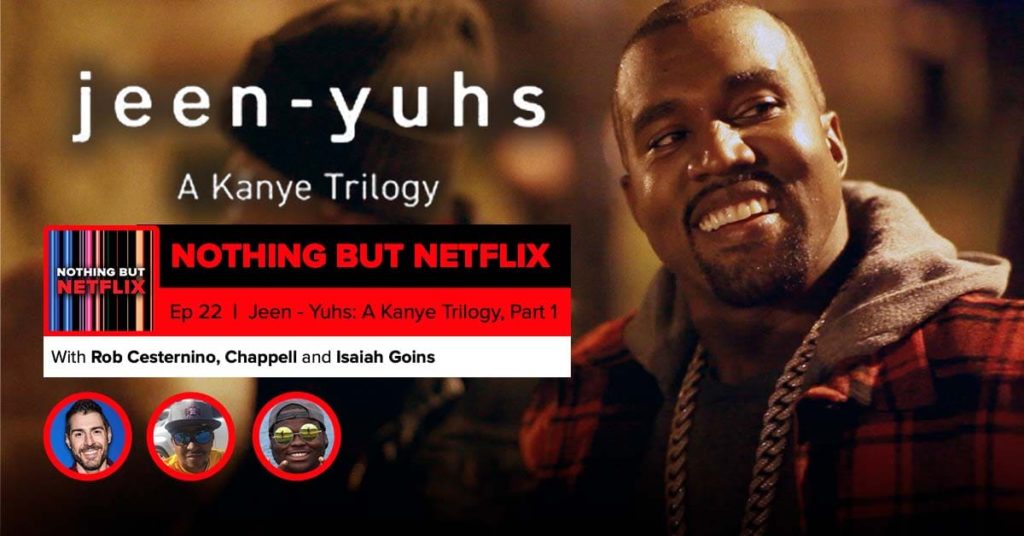 Nothing But Netflix #22: jeen-yuhs: A Kanye Trilogy Part 1

Welcome to the newest throwback podcast on Rob Has a Podcast: Nothing But Netflix! Each week, your hosts Rob Cesternino (@RobCesternino) and Chappell (@Chappells_Show) log in to their streaming service accounts and find something new to check out! This week, Rob and Chappell are joined by rapper, twitch streamer and RHAP podcaster Isaiah Goins (@8BallBangers).

After the “RHAP Rewind” ended, Rob and Chappell had to find something new to podcast about each week, and thus, Nothing But Netflix was born! This week, Rob, Chappell and Isiah are talking about Netflix’s newest three part documentary series: jeen-yuhs: The Kanye Trilogy Part 1. They visited the first part new documentary that was released on January 23, 2022. The series, filmed over two decades, follows the lives of an emerging superstar and a filmmaker intertwine in this intense, intimate docuseries charting Kanye West’s career. The footage covers the earliest parts of Kanye’s career and home life in Chicago, as well as the intense love and support of his late mother, Donda West.