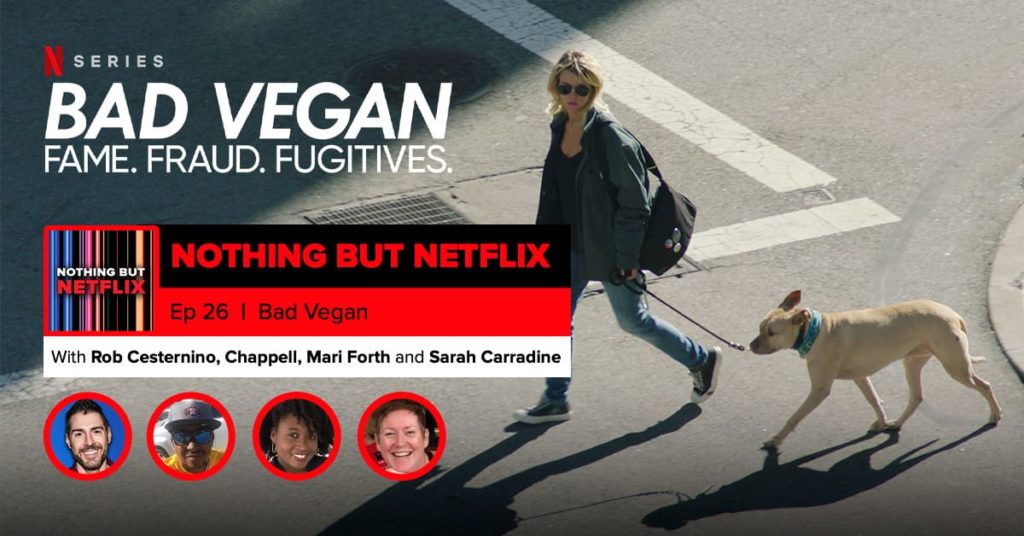 After the “RHAP Rewind” ended, Rob and Chappell had to find something new to podcast about each week, and thus, Nothing But Netflix was born! This week, in a very special crossover episode, Rob and Chappell are joined by Mari Forth (@MariTalks2Much) and Sarah Carradine (@SarahCarradine) to launch Episode 1 of their new podcast Crime Seen, and to talk about Netflix’s newest true crime documentary: Bad Vegan: Fame. Fraud. Fugitives. They visited the new mini series that was released on March 16, 2022. The series follows the story of Sarma Melngailis, who after marrying a mysterious man who claimed he could make her dog immortal, the celebrated vegan restaurateur finds her life veering off the rails.

Mari and Sarah will be each week with more true crime coverage on the new RHAPup podcast: Crime Seen!