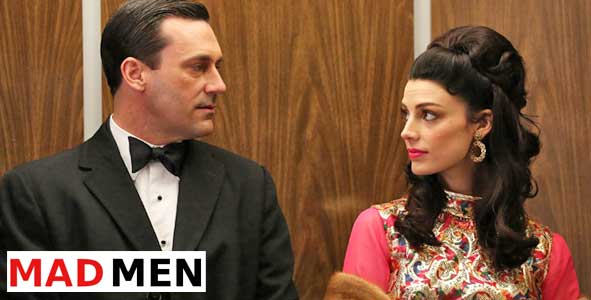 Don and Megan Draper in Season 6 of Mad Men

Taking a break from Reality TV, Rob gets a chance to talk about one of his other favorite shows, Mad Men. Rob recaps all of the stories going on in Season 6 of the AMC series with Jeremiah Panhorst (@jpanhorst) from Mad Men Podcast.

Rob and Jeremiah discuss the season’s biggest ongoing story and what it means for the direction of the show. Rob tells his theory of where Don’s affair with his neighbor is going. Rob and Jeremiah also discuss where the end of the show is ultimately going to be going – though only Matthew Weiner knows for sure.

The guys also discuss all of the other characters in the series and what this season has in store for Megan Draper, Roger Sterling, Betty Draper, Pete Campbell and the rest of the Mad Men Gang.