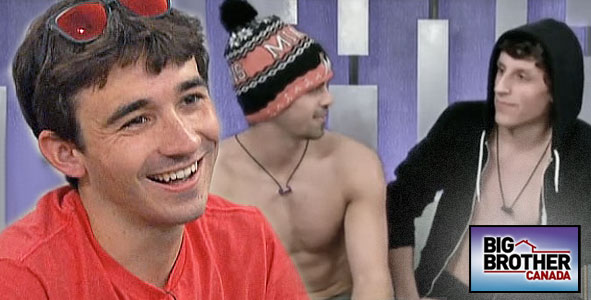 LIVE on Rob Has a Podcast, the winner of Big Brother 14, Ian Terry joins Rob Cesternino to discuss the week that was in the Big Brother house.

Most of the conversation surrounds the downfall of “The Shield” aka Peter Blown and Alec, whom early in the season looked to be in a prime position to get to the final two. Rob and Ian cite many of the things that “The Shield” did wrong over the past few weeks. Ian thinks the biggest thing Peter and Alec did wrong was voting out AJ instead on Andrew during the instant eviction. Ian thinks that AJ would’ve been more likely to work with the shield. Rob also thinks “The Shield” got focused on Gary as the biggest threat in the house when they needed to realize that Jillian and Emmett were actually the most likely to bring down their game.

Later on in the show, Brian Lynch joined the conversation to discuss the latest happenings in the Big Brother house. Brian reports that Peter actually won the veto and removed himself from the block, forcing Jillian to nominate Topaz, thus completely blowing up the deal she made with Topaz. Plus, Brian also says that there was a point this week where Big Brother was trying to make the players believe that Tom Plant was coming back in to the house, though Brian said that Tom won’t be coming back.