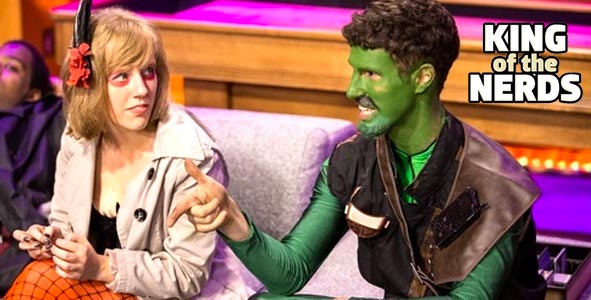 Rob Cesternino recaps Episode 2 of King of the Nerds Season 3 with Brendan Noel and Mark Celera.  In this week’s episode, Thomas Vollum became the latest player to become eliminated after he lost the riddle “Nerd Off” to Kaitlin.

The guys break down this week’s Cosplay challenge and which team put on the better performance.  In addition to the challenge, Rob, Brendan and Mark discuss the implication of the “Secret Six” alliance on the game going forward.  Plus, Rob asks if this has become the booziest season that we’ve ever seen on King of the Nerds.

Nominate Rob Has a Podcast for Podcast Awards