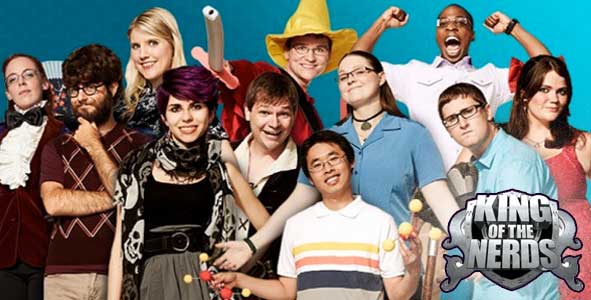 On the latest edition of Rob Has a Podcast, Rob Cesternino brings you the latest new from the Reality TV world. First up, Rob talks to the latest player eliminated from King of the Nerds 2 on TBS, Zachary Storch. Then after speaking with Zack, Rob gets an update on the latest news from the fascinating world of Brandon Hantz from our embedded Hantz family reporter.

Interview with Zachary Storch from King Of the Nerds 2

Rob welcomes his favorite player from King of the Nerds 2 to the podcast for the very first time to talk about his elimination from the show this week. Rob asks Zack about a number of questions from the show including:

Rob Cesternino checks in Ryan Gaio, our RHAP Chief Hantz correspondent for an update an very eventful past few weeks in the life of Brandon Hantz.

RobHasAwebsite.com/Headphones – Get Free Shipping Worldwide and Save 33% on Headphones with Promo Code: RHAP