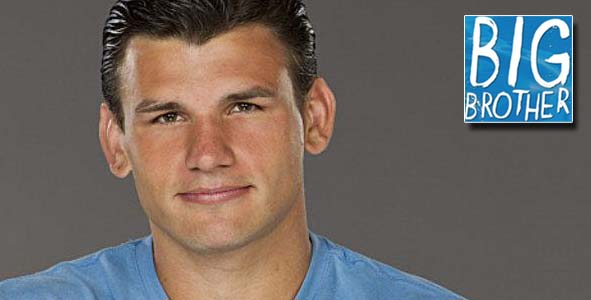 Thursday night, Jeremy McGuire became the third player voted out of Big Brother 15. After being evicted by a vote to 9-1, Jeremy joins Rob Cesternino to discuss his game in his Rob Has a Podcast exit interview.

Rob starts off by asking Jeremy how surprised he was to see his Big Brother game turn out this way and asks Jeremy about what his strategy was for the game. Rob asks Jeremy about his so-called growth in the house and if so, what exactly changed over the last week or so.

Rob is interested to find out why Jeremy seemed to have a hatred of Elissa Slater from such an early point in the game. This week Jeremy made an awful lot of promises to Helen as HoH, Rob wants to know if Jeremy was planning on keeping his word.

Rob asks how committed is Jeremy to his relationship with Kaitlin? Rob also wonders if Jeremy is nervous to meet Kaitlin’s parents after the show is all over.

Turning to some of the uglier incidents in the house, Rob starts off by asking Jeremy about the incident where he put Elissa’s hat in a very inappropriate place. Rob wonders just how pre-meditated the plan was to put Elissa’s hat where it does not belong. Rob also asks about the red wine incident in the house where Jeremy opened the bottle of red wine that was slated to be consumed by the house on the night that the have nots ended.

Rob brings up the controversy with Aaryn who was making many racist remarks while in the house, at the same time Jeremy was part of those conversations in the house. Finally, Rob wants to know whom Jeremy thinks should be the person that America nominates for eviction.

Watch our Live Show From After the Eviction: