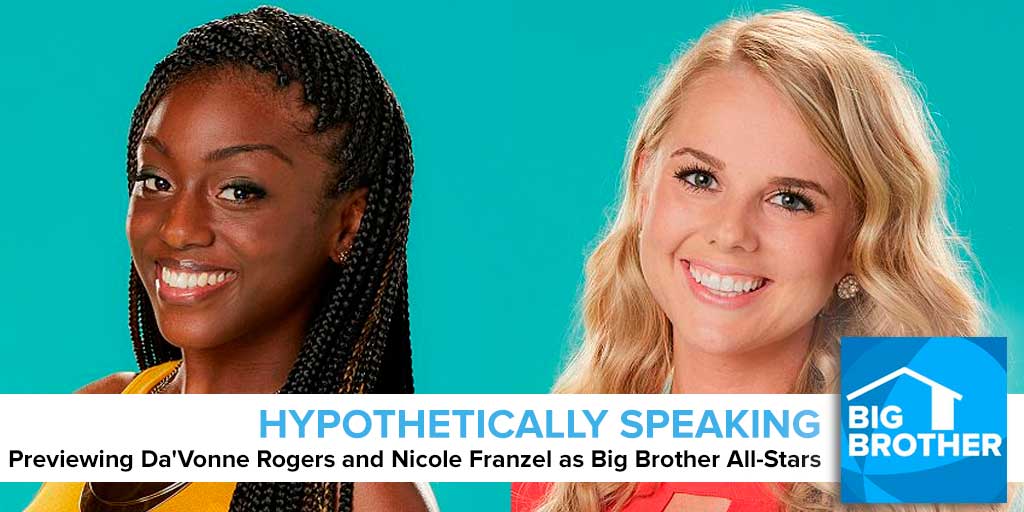 In this new podcast series, Rob Cesternino and Live Feed Correspondent Taran Armstrong will be joined by both veteran RHAP podcasters and new voices to RHAP to break down the potential return of rumored Big Brother houseguests.  In this episode, Rob and Taran are first joined by RuPaul’s Drag Race Rucap co-host Aman Adwin and newcomer Sharifa Yasmin (@SharifaYasmin_) to talk about the potential return of seasons 17 & 18 houseguest Da’Vonne Rogers. Then Rob and Taran are joined by RHAPups contributor Mel Hulst and newcomer Brandon Chappell (@chappells_show) to talk about the rumored return of season 16 houseguest & season 18’s winner Nicole Franzel. Big Brother 22 All-Stars is scheduled to start on CBS on August 5th.