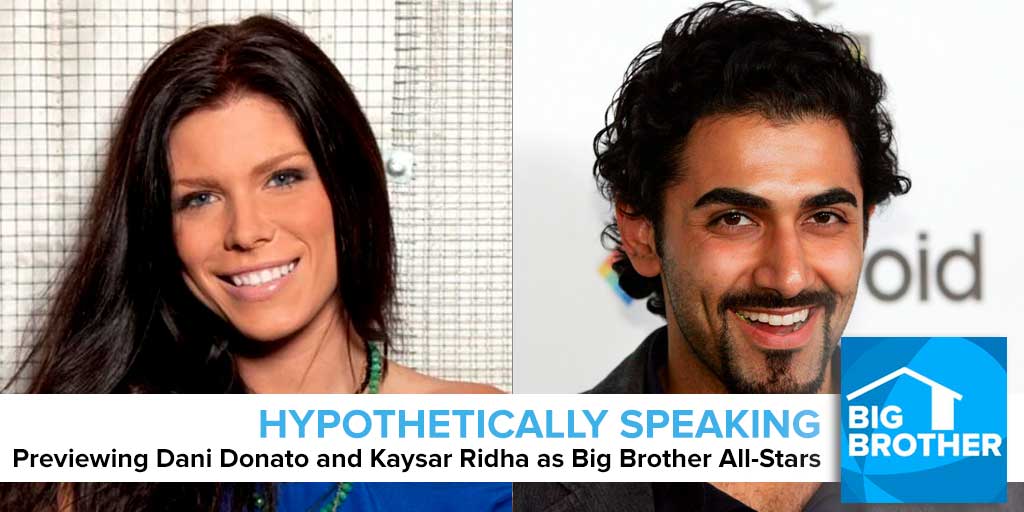 In this new podcast series, Rob Cesternino and Live Feed Correspondent Taran Armstrong will be joined by both veteran RHAP podcasters and new voices to RHAP to break down the potential return of rumored Big Brother houseguests.  In this episode, Rob and Taran are first joined by RHAP regular Jenny Autumn and newcomer Jacob Jones (@Jacobj_jones) to talk about the potential return of season 8 runner-up and season 13 houseguest Dani Donato-Briones. Then Rob and Taran are joined by Masked Singer RHAPups host Pooya Zand Vakili and newcomer Lovina Pavel (@lpavss) to talk about the rumored return of season 6 & 7’s Kaysar Ridha. Big Brother 22 All-Stars is scheduled to start on CBS on August 5th.