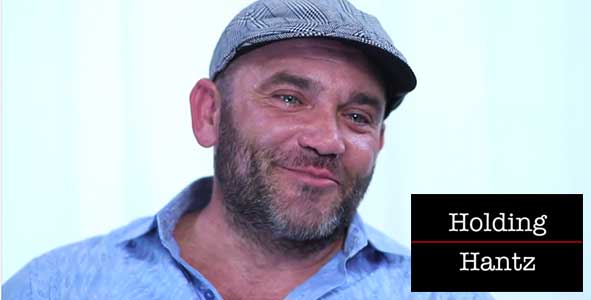 Listen to the Edited Version of this Podcast (NSFW)

Please Note:  There are two versions of this podcast episode.  While both versions contain explicit language, the first version has been cut down to the most relevant information about Russell’s upcoming show and “Survivor Cagayan”.  This is the version in the main podcast feed.  LISTENER DISCRETION IS ADVISED.

The second version contains an additional hour of material and is only intended for mature audiences with a high tolerance for Russell Hantz.  If you are easily offended at all, PLEASE DO NOT LISTEN TO THIS PODCAST.

Rob Cesternino talks with Survivor Hall of Famer, Russell Hantz, about his upcoming reality series, Holding Hantz. The show features Russell with his brothers (Willie Hantz and Shawn Hantz) and sister (Melanie Hantz) going into business to open a restaurant with Russell’s parents. See the show’s sizzle reel below. Then, Rob discusses Russell’s opinion on Survivor Cagayan including his thoughts on Tony Vlachos’ game this season.

Russell starts off by discussing how excited he is about the new series, which will be completely unscripted.  Russell really hates scripted television and is glad his new show will be completely real. The premise is that Russell will be in business with Willie Hantz (Big Brother 14), Shawn Hantz (Flipped Off) and Melanie Hantz.  Russell’s nephew Brandon Hantz (Survivor South Pacific, Survivor Caramoan) will be part of the show as will Russell’s openly gay nephew, Seth Hantz.  Rob asks Russell to provide some insight on what it must be like for Seth to grow up in the Hantz Family.

Russell has plenty to say about the last season of Survivor.  Russell thinks that Tony did a great job this past season and even calls him a Top 15 player in the game.  However, Russell feels like Tony copied his strategy and only won because the Cagayan jury was not a bitter jury like in Samoa.  Russell feels if he played with this jury he would have definitely won his season.

Additionally, Russell does not feel like Tony Vlachos was the best player this season.  Russell thinks Spencer Bledsoe played a perfect game this season and should have won the game.  Russell feels like Spencer is actually a Top 10 all-time player in the game of Survivor.

Russell discusses a number of other topics including his thoughts on Kass this season.  Russell was not fond of Kass’ game, though he says she is 10 times better at playing the game than Sandra Diaz-Twine.