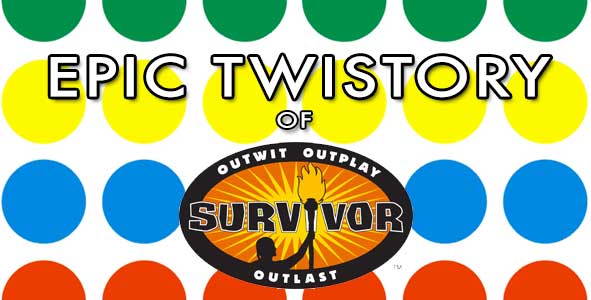 The History of Twists on Survivor

The History of Twists on Survivor[/caption]

Rob Cesternino welcomes Kos Kosdrosky (@IamTheKos) for another of our off-season Survivor podcast series taking a look back and what worked and didn’t work with the biggest twists in Survivor history.

Rob and Kos discuss the history of Survivor twists, from those that were so good that they have lasted for years or become an integral part of the game to those that were so bad that they were never repeated again, and give their opinions on whether these twists were a “kiss” or a “miss”. They talk about the definition of a twist, as anything that directly impacts potential voting strategies or tribal council structure or where production has to come up with a new rule or idea.

Some twists that have now become a part of the Survivor we know today that they discuss are the tribe swap, which first took place in Survivor Africa, the hidden immunity idol, which has evolved over the years (Season 14 brought us the standard hidden immunity idol that we know today) and the “haves and have not’s twist” which also originated in Survivor Fiji and continued to exist in every season following. They also look at the evolution of the tie-breaker twist and the effectiveness and fairness of each method.

They discuss why different methods of tribe selection or separation (Survivor Thailand’s schoolyard pick vs. Survivor Amazon’s men vs. women tribes) did or didn’t work, as well as 2 tribes vs. 3 tribes vs. 4 tribes and the effect the number and size of the tribes has on the game and for the viewers. Players being eliminated before even getting to play the game and the “picking the weakest person”/fake voting someone out first are evaluated.

Exile Island and Redemption Island, both seen on multiple seasons, are “kissed” or “missed”, as are the kidnapping of players by the other tribe, mutiny twists, bottle twists, and finally, the Blood vs. Water twist, which will be returning this season.

Listen to the full podcast to find out which twists Rob and Kos “kissed” or “missed”, and their suggestions on how some of the failed twists could succeed if brought back.

Special Thanks to Kayley Ashman for this episode recap.