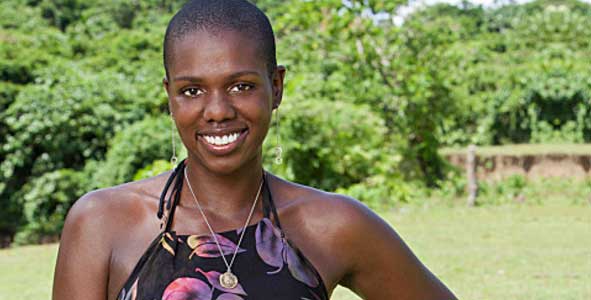 She's Number One in our books!

History was made in the Survivor Caramoan premiere when Francesca Hogi became the first Survivor player to ever be voted out first on two separate occasions. Calling in from China, Francesca calls in to Rob Has a Podcast to talk about her ordeal with Rob Cesternino.

Rob begins by discussing the personal toll that being voted out first in two games is taking on Francesca. Francesca says that it’s not the worst thing in the world and she has dealt with far bigger problems than losing on Survivor.

Turning to the actual game, Rob wants to know why Phillip Sheppard and she can’t ever seem to get along. Francesca says that she believes that Phillip hates her and is always targeting her in the game. Rob tries to get to the bottom of what is really causing the tension between she and Phillip in the game.

Rob asks Francesca about her relationship with Andrea Boehlke and how she currently feels towards her. Francesca says that she doesn’t care about Andrea and has been happy that her friends have been sticking up for her on social media since the episode went on.

Rob feels like Francesca knew Andrea wasn’t with her by the time the vote went down and it was actually Dawn Meehan and John Cochran who really betrayed her in the game. Francesca agrees and says that she was stunned that Cochran switched on her since she wasn’t expected to do so. Francesca was equally surprised that Dawn was lying to her in the game and Rob thinks that Dawn could be playing a very sneaky game in this new season.

Finally, Rob asks Francesca if she is going to be reading Phillip’s new book “The Specialist: The Costa Rica Job” and Francesca says that she will not.

Rob ends the show by saying how he will be back on Friday with an interview with Coach about playing with Cochran, Dawn and Brandon on Survivor South Pacific.