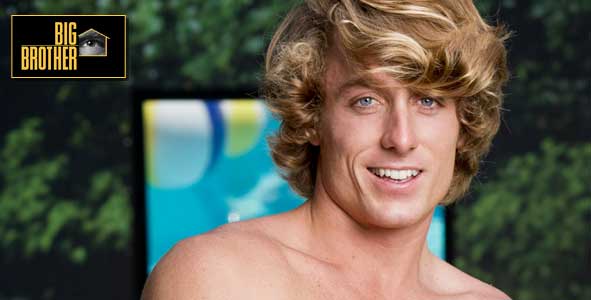 Being the first evicted Houseguest is like a total bummer, dude.
Now playing

Rob Cesternino speaks with the first evicted houseguest from Big Brother 15, David Girton.  Rob starts off by asking David if he finally got to watch the shows to see who nominated him for eviction.  Rob wants to know if David was surprised when he got to watch the episodes.

Since there was a secret Moving Company alliance in the house, Rob asks David if he suspected that people were plotting against him.  Turning to his relationship with Aaryn Gries, Rob wants to know about how serious was their relationship in the house.  Rob asks David about some of the controversial things that Aaryn has said in the house. Rob wants to know if David heard her say any of these things and told her if he had a problem with the offensive jokes that she was making.

On Sunday night’s episode, Aaryn defiantly said that David was not her boyfriend. Rob wants to know how David reacted when he heard that.  Rob also wonders if it was an issue for the other houseguests that David didn’t want to shower in the house.

Rob asks if the situation with drinking the wine was as big of a deal in the house as it was during the episode we saw on Wednesday night.  Finally, Rob asks David a couple of questions from the listeners of Rob Has a Podcast.

Stay tuned to hear our next Big Brother podcast this Thursday after the eviction and then catch our next exit interview with the 2nd person evicted from Big Brother 15 on Friday.