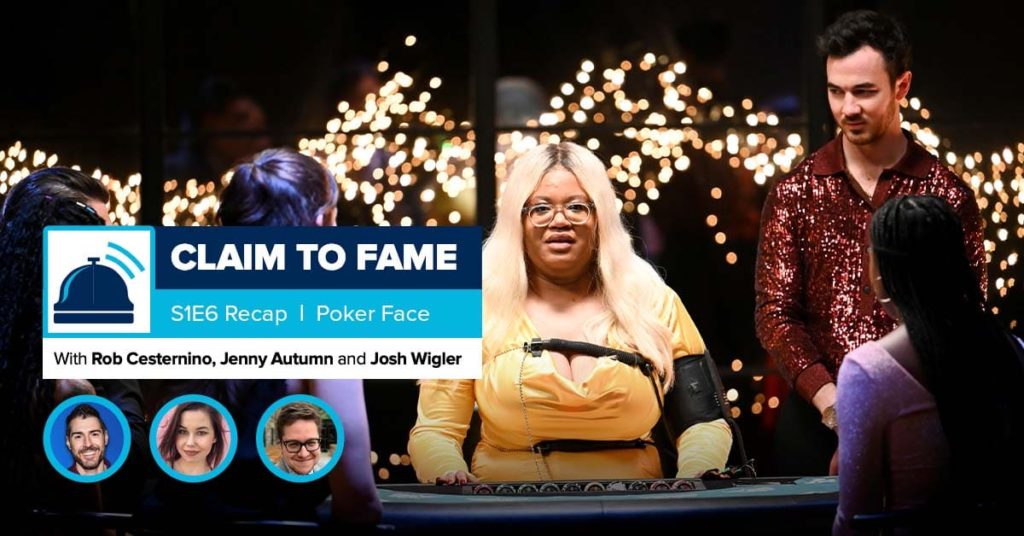 Dynamic duo Rob Cesternino (@RobCesternino) and Jenny Autumn (@JennyAutumn)  recap episode 6 of ABC’s brand new reality series, Claim To Fame. Rob and Jenny are joined by the great Josh Wigler (@roundhoward) to discuss this week’s episode as well as his impressions of the season thus far.

The show, hosted by Frankie and Kevin Jonas, inserts 12 celebrity relatives into a Big Brother-style house with one goal in mind: to conceal which celebrity they are related to. The person whose identity remains secret the longest wins bragging rights, and a tidy $100,000 prize. The 12 strangers will live together, form bonds and alliances, compete in challenges and more!

What did you think about Claim To Fame? Share your thoughts by tagging @RobHasAPodcast on Twitter and using #RHAP!

Claim To Fame See all podcasts