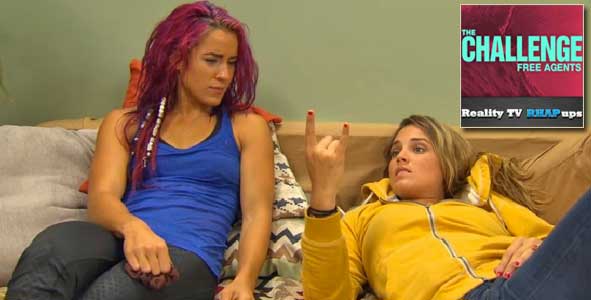 As part of our newly formed Reality TV RHAP-ups, Rob Cesternino welcomes the hosts of our new “The Challenge RHAP-up” to Rob Has a Podcast to discuss episode 9 of The Challenge: Free Agents.  Rob introduces the RHAP world to Brian Cohen (@BusDriversRoute) and Ali Lasher (@LashTweets) to discuss this past episode and the entire season of The Challenge.

In this episode Rob asks Brian and Ali a number of the most burning The Challenge questions including:

Find out the answers to these questions and much more as we RHAP-up this week’s edition of The Challenge.  Stay tuned later this week when we can give you the URL to subscribe to The Challenge ONLY feed of Reality TV RHAP-ups.

This weekend, Brian and Ali will record their first recap together to discuss Episode 10 of The Challenge: Free Agents.