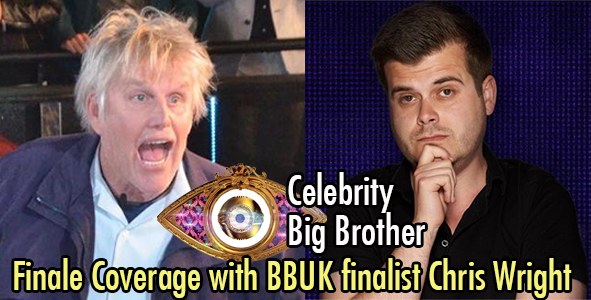 In this final podcast on the summer season of Celebrity Big Brother UK, Curt Clark (@curtclark) and Malory Beazley (@SurvivorBee and @malorybeazley) are joined by “civilian” Big Brother UK finalist, Chris Wright (@chrisrwright) to reflect not only on his time in the Big Brother house, but also to discuss his thoughts on the Celebrity BBUK season that just completed on Friday night, which saw the UK’s first ever American, Gary Busey, crowned as champion.
Chris talks in detail about life in an out of the Big Brother house and the impact that it’s had on his life…from having to adjust to an absence of cameras to being somewhat in the public eye now, and being recognized and approached by people on the street, and being shown nothing but kindness and support.
Chris also discusses his perspective on the Celebrity version of Big Brother, whether he would have perhaps fit in better with that mix of housemates, as well as his take on each of the Final Six.  With Malory, Curt and Chris all having different perspectives on several of the housemates, especially Gary, the conversation turns to weighing the pros and cons of “interesting housemates” vs. “easy-to-live-with” housemates.
Other topics discussed during the show include:
All this and more are covered in this final episode of Celebrity Big Brother UK coverage! 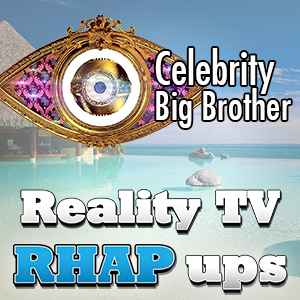