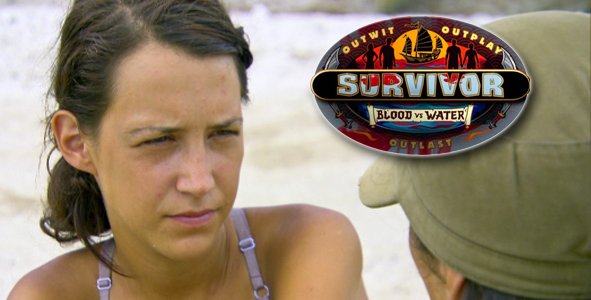 I have two defining thoughts on Ciera’s decision to vote out Mama Morett on last week’s episode.

We’re talking about a game where people lie about dead grandmothers and swear on their children’s lives in order to progress toward a million-dollar prize. Ciera knocking her mother out of the running doesn’t even come close to those offenses. (And even then, I vote that all’s fair in Survivor and war.) At the very least, Ciera had numerous conversations with her mother in which she made it explicitly clear: “Your time is running out, and I’m probably going to have to get rid of you.”

As much as anyone can ever prepare a fellow gamer and/or loved one about their impending demise, Ciera did it. No harm, no foul.

2) It wasn’t the wrong thing to do in the game.

She saw the writing on the wall: the last three evictees were voted out specifically because of their loved one connections. Ciera was one half of the last active pair standing. She’s a threat as long as her mother remains in the game. That’s a problem. What’s the solution? Cut your partner out of the equation and send her to Redemption, while you stay in the game and prove your loyalty to the remaining majority. 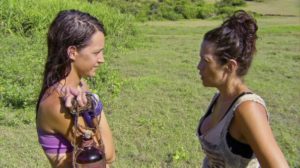 Ciera had no easy choices.[/caption]

Let’s be clear: Ciera had no easy choices here. Everything was a risk. She could try to forge something new with her mother, convince others to join their cause and target one of the Coconut Bandits instead. That wasn’t going to happen, based on what we’ve heard from the players online, and you can understand why: Blood’s an unbreakable bond. Beyond that, the Unloved players have found new “loved ones” in other unattached players. Tyson and Gervase have paired up. Hayden and Caleb are a team. Working with Katie was likely an option because at that point Katie would do anything to stay alive. But it appears that Monica feels good with Tyson and Gervase, and isn’t going to waiver. So, without Monica, or at least one player from the two “pairs,” there was no way to safely keep Laura alive.

So Ciera votes her mother out. She could have voted for Katie while the rest of the tribe voted Laura, but what’s the point? This way, she makes a statement to Tyson. “I work for you.” It’s a sign of loyalty that could go a long way toward getting her to that Final Three spot.

And now, if Ciera does make it to the end, she has something to talk about. She was willing to sever ties with Blood in order to advance Water. She offed her own mother so that her alliance could get further in the game. It’s a big, bold sacrifice that gives her something meaningful to wave at the jurors when it comes time to defend her game. Sure, Ciera survived Tribal after Tribal after Tribal in the beginning of the game, but mostly by the skin of her teeth, and usually because of in-fighting unrelated to her actual moves. Ciera voting out Laura Morett is something she can own. It’s a strong calling card.

It also opens up some doors. If the others weren’t willing to play ball with Mama Morett before, perhaps the’ll play ball with an unattached Mama Eastin. If I were in Hayden or Caleb’s spot, I would be very attracted to the idea of working with Ciera and Katie in a new arrangement that targets one of the three remaining veterans. Tyson is no longer controlling things from behind the scenes: he’s the up-front, in-your-face threat that will absolutely win the game if he makes it to the finals. (I don’t sense Bitter Jury Syndrome this season, but perhaps I’m wrong.) It behooves Hayden/Caleb to knock out the One-Man Wrecking-Ball sooner rather than later, whether that’s directly in this next vote or indirectly by targeting Gervase or Monica. If Ciera’s as smart as I think and hope she is, she’ll try to convince Hayden, Caleb and Katie of this reality, and sell them on a better deal. I’m not convinced that Hayden/Caleb would bite, but that would say more about their savviness than it would about Ciera’s shrewd gameplay.

(It’s also worth noting that even if Ciera does bring Hayden/Caleb/Katie into a new alliance, there’s no guarantee that their plans won’t backfire. Tyson’s got that back-pocket idol, after all, and there’s no telling how or when he’ll use it. Any attempt to go up against the Big Bad Wolf requires a soft touch, subtle moves that the three-time player won’t see coming. Tyson has been taken unaware in the past, but he seems much more awake these days. Knocking out King Tyson is no easy task.)

Another door it opens for Ciera: a future shot at Survivor. Like Vytas, Ciera has proven herself a more compelling Survivor player than the Survivor veteran who brought her into the season. No disrespect to Aras or Laura; I have love for both of them. But Vytas is an undeniable presence, a dark and charming force of nature that you can count on seeing again, if not later in this game, then in a future season. Likewise, I think Ciera just bought herself a ticket to another Survivor season. This quiet young mom doesn’t seem like a threat on the surface, but she’s willing to literally turn against her own mom for a million bucks. That move alone guarantees some significant air-time at the reunion show, and certainly increases her likelihood of competing on Survivor again some day, likely without her family baggage in tow. If things don’t work out for Ciera this season, then at least she’ll have some experience under her belt for the next time she’s on the beach.

I’ll finish with this. No matter what happens next, Ciera hit her Ninja Moment. Knocking her mom out of the game was as much of a power-move as any we’ve seen this season. It’s not guaranteed to bear fruit, but it’s certainly a huge play. Even if it doesn’t work, she tried something bold. I have mad respect for that. Now that she’s in Ninja mode, let’s see where she goes next.