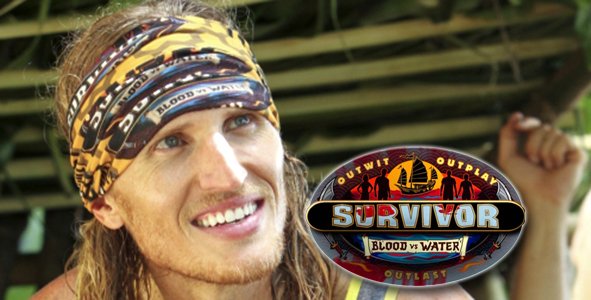 Hi. Just as Tyson apologizes for Aras, I want to apologize for this blog right up front. For starters, I’m a little late this week; no excuse beyond whoa, life, man. Second, the blog you’re about to read is weird and rambling, but if you stick with it, I promise there’s something resembling a point. 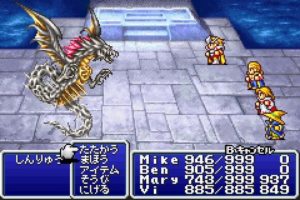 The official video game of the Wiggle Room.[/caption]

Final Fantasy is the first video game I ever played. The old-school Nintendo RPG tasked players with formulating a party of four warriors to fight evil and restore balance in the world. The player selected his or her characters right at the top of the game, choosing from a list of “classes” that included Fighters (basically knights), Black Belts (not-as-good fighters but they use nunchuks so that’s cool), Thieves (they have awesome blue hair and can steal from their enemies but can’t use magic and aren’t particularly strong), and three different types of magic-users, from the defensive White Mages to the offensive Black Mages and the dabbles-in-both-but-isn’t-great-at-either Red Mages.

I wasn’t much older than three or four years old when I first played Final Fantasy with my brother and my dad. Ben was about five or six at the time, so really, it was our dad who held the working controller. But he was always great about letting his kids make choices in and about the game, allowing us to guide our characters’ destiny, for better and for worse — very often for worse.

When we first sat down to build our four characters out of the aforementioned six classes, three of the spots were gimmes: we needed a Fighter to act as a bruiser, and we wanted a White Mage to do the healing and a Black Mage to cast cool fire spells because cool fire spells are cool. But what about that fourth spot? Well, on the surface, it was obvious: we wanted another bruiser along for the ride, someone who could help that Fighter pummel through the game’s increasingly difficult bad guys, one sword-swing at a time — like the Black Belt, or maybe even a second Fighter.

So naturally we took the Thief.

The Thief really brought nothing to the table. He couldn’t cast magic. He couldn’t wield heavy swords or nunchucks. He used puny knives and daggers and the occasional light-sword. He was fast, sure, but fast didn’t measure well against brute-strength and magic ability. He could steal, yes, but stealing was an art-form that my very-busy scientist-dad and his two single-digits kids didn’t really care about.

Dad and Ben saw these truths plain as day. But I didn’t care. I demanded the Thief, kicking and screaming, refusing to move forward in the game without him. He looked cool as hell. He had blue hair. He clearly had more personality than any other character-class in the game combined. And did I mention he had blue hair. Sure, if Final Fantasy was going to end with one of our characters becoming the king of the land, that title would almost certainly go to the heroic-looking Fighter. But the Thief had spunk and really really really awesome blue hair. That was enough for me, and eventually, enough complaining was enough for Ben and dad to agree.

Needless to say, we struggled through the game. Not just because it’s just straight-up damn-difficult (I still have trouble playing it to this day, 20 some-odd years and numerous other Final Fantasy titles under my belt), but because we picked a challenging party. If we wanted to cruise through the game, we should have picked two bruisers and two mages, not one bruiser, two mages and some weird-haired dinkasaurus. We chose a difficult road, and we paid for it — until things changed.

Late in the story, thanks to magic and stuff, each character upgraded to a new and improved class: an instant, Pokemon-esque transformation that made the party of heroes stronger than ever. The Fighter became a full-fledged Knight. The Mages became full-fledged Wizards. And the Thief?

Fast as hell, on-point accuracy, solid in combat, able to throw unequipped weapons for massive amounts of damage. That spunky little blue-haired dude I fell in love with at first sight, the same guy who dragged our party down through countless hours of gameplay, became the definitive badass of our group.

In fact, when we got to the very last battle of the game, against a real piece of work named Chaos, every single member of our party died … except for that sweet, beautiful Ninja. He was our last man standing through multiple rounds against Chaos, throwing weapon after weapon at the monstrous final boss. Finally, the Ninja prevailed, single-handedly winning the game for us.

You can imagine that three-or-four-year-old-me had a lot of fun after that, running around the house, screaming “TOLD YOU SO!” at anyone who would listen.

So, how does that little anecdote relate to Survivor? First of all, I think it’s clear that I like outcasts. I like the underdogs, the funky players, the weird-haired pranksters that undercut authority by drinking half of the island’s coconuts and blaming it on crabs. I’d argue that the two most recent Survivor winners — sex therapist Denise Stapley of Philippines and The Millers writer John Cochran of Caramoan — fall into what I’ll call the “Thief” category: they’re undervalued players, people who look unlikely next to “perfect-specimens” like Malcolm, but still somehow scrap their way to the finish-line.

The word “somehow” doesn’t do it justice, though. It’s not some mysterious quality that allowed Denise and Cochran to win Survivor. They both had their own “Ninja Moment,” evolving beyond their proverbial weird-blue-hair to become the last warrior standing. For Denise, it was slitting Malcolm’s throat at the final four. For Cochran, it was losing South Pacific so pathetically, giving him the proper perspective and experience to replay Survivor on God mode.

Whether you’re a Thief or a Fighter or a Wizard or whatever, you need to hit your Ninja Moment to win Survivor. You need to transform and become the best version of your weird little self if you’re to blow past the competition and get that sweet, sweet million-dollar title.

On Blood Vs. Water, we’re right on the cusp of some potential Ninja Moments. For example:

(2) Aras’ Ninja Moment will be cutting Tyson down first.

(3) Gervase’s Ninja Moment will be recognizing which way the wind is blowing in the Aras-Tyson showdown and acting accordingly.

(4) Tina’s Ninja Moment will be moving forward with daughter Katie undetected, or readjusting her game-plan and finding the nerve to break her own pair.

(5) Katie’s Ninja Moment is the same; if she’s as smart as I think she is, she knows she has to put her mom on the jury before it’s too late.

(6) Vytas’ Ninja Moment is wow that dude’s already had several and just on editing alone looks on course for the win.

But really, everyone from Galang to Tadhana and all the way to Red-Eye — everyone still alive in this game has an inner-Ninja waiting to in the wings. That’s why this season has been one of the most enjoyable and watchable seasons in recent memory. In fact, the question isn’t “who can become a Ninja,” because the answer is an unsatisfying “everyone.” The real question is this: who will become a Ninja first? Whoever that person is, is the winner of Survivor: Blood Vs. Water.

Okay, your turn. Head to the comments or hit me up on Twitter @roundhoward (like Ron Howard but rounder), and let’s talk more about Survivor-Ninjas, Final-Fantasy-Ninjas, and Ninja-Ninjas, because Ninjas are awesome, just like magic.