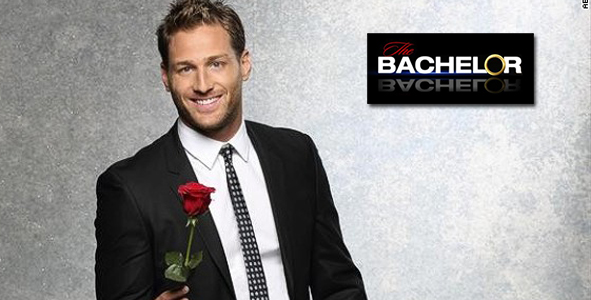 Another day, another episode of America’s favorite guilty pleasure, “The Bachelor.” 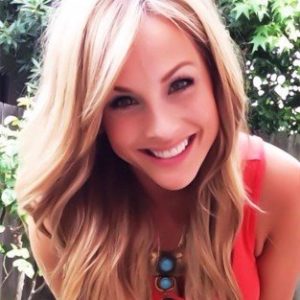 7:02 – During the preview we learn that the show is now in Saint Lucia. I was a geography major in college yet I will freely admit that I’m not sure where that is. Pretty sure it’s in the Caribbean somewhere but I’m not sure exactly where. My academic advisor (Mr. Gonzalez) would be ashamed.

ablo confirmed it’s in the Caribbean. Amazingly JP knows something I don’t.

7:04 – During a one-on-one talk with the cameraman JP says three times that he’s looking forward to the overnights because there are no cameras around. Pervy JP.

7:05 – Clare’s up first. Would you be mad if I just muted my TV during this part? Her bromides and clichés remind me of when we first meet Quint in the movie “Jaws.”

7:07 – Clare is threatening to withhold fantasy suite coitus. She says she has thought about the overnight date and wasn’t sure if she wanted to spend the night or not. After what happened in the ocean (aka Ocean Coitus) she wasn’t sure if Juan Pablo would think that staying the night in the fantasy suite would be good for Camila to see. VERY gamey move Clare. She’ll cave though.

7:10 – Someone please make it stop. Clare just talks and talks and talks. I was hoping she’d pop an implant when she and Juan Pablo jumped into the water off their yacht so I could get a break from her constant soliloquying! Look at that! Clare just made me so mad I just made up a new word!

7:14 – I can’t believe I’m saying this but Juan Pablo and Clare would be a good fit. He doesn’t talk and she never shuts up. Perfect.

7:17 – Evening part of the date. The fantasy suite card has arrived. Clare is being gamey but JP will say (or nod) to whatever she wants because he just wants some time “without the camera around.” Which as we all know is a reality show euphemism for coitus.

7:19 – Clare just made the duckface for the 83rd time tonight. I swear if she becomes the Bachelorette I WILL retire from the running diary.

7:28 – Now it’s Andi’s turn. Will JP have the stamina for a second lady on consecutive nights? Guess we’ll see.

7:30 – While walking around Saint Lucia, Andi and JP “spontaneously” jump in with a band and start playing steel drums. Michael Scott, has nothing to worry about, those two can’t play at all.

7:34 – Juan Pablo and Andi are doing all sorts of fun, island-y stuff but I don’t really care. Get to the fantasy suite already! We need some drama!

7:46 – Fantasy suite time. Everything looks “okay” at the moment so where does it all go wrong?

7:52 – It’s the next morning. Everything still seems “okay.” JP even comments how they talked and laughed for “hours and hours and hours.” He seems very happy.

7:52 – Uh oh, we’re hearing a completely different story from Andi, who says she couldn’t wait to get out of the fantasy suite. Says Andi, “The fantasy suite turned into a nightmare. I saw a side of him I didn’t really like. The whole night was a disaster. I hope he didn’t think that went well. That was not a good date.”

7:54 – Andi’s saying that during the overnight she didn’t get the feeling that Juan Pablo really cared about her because he only talked about himself, told her that he had an overnight with Clare and name dropped about people he’s hung out with. Looks like Andi is seeing JP as a self-centered jerk. How did she go from pining over him 10 minutes ago to realizing that JP is shallow? It took her NINE episodes?!?

8:01 – Time for Nikki’s date. Guess we’ll get to the Andi drama later. To start the date Nikki is practically naked. Says the Mrs., “If she takes a deep breath she’ll have a nip slip.” Nikki said she was worried about Juan Pablo forgetting about him. With the top she is wearing that’s impossible.

8:02 – JP just described Nikki as, “Pretty, sexy and a very good kisser.” Hello! Her eyes are up…somewhere. Sorry, I was staring at Nikki’s napkin sized top.

8:07 – Time for the evening portion of JP and Nikki’s date. All of his conversations with the ladies are pretty much the same. There’s some hair stroking, a comment about the women “thinking too much” and the reading of a fantasy suite card. JP is about as deep as a bucket of water.

8:16 – Chris Harrison is having a pointless conversation with Juan Pablo. It’s in CHarr’s contract. It’s not his fault, blame his agent.

8:18 – JP just told CHarr that he has no idea what he’s going to do. How is that possible? How can you be down to three and not know who The One is? That doesn’t make sense to me. He should at least have it down to two, with Chris Harrison being one of his two.

8:18 – By the way, JP is dressed for the rose ceremony in a thin yellow button up shirt and pants that look like sweats. I know he’s on a tropical island but come on. Come on! Of course, most days I wear jeans and a video game themed t-shirt so who am I to judge?

8:20 – JP is watching short videos left for him by the bachelorettes. The first two (Clare and Nikki) go as expected, but not Andi’s. In her video she asks to talk to JP in person. She essentially said, “We need to talk.” Isn’t it the worst feeling in the world?

8:26 – Time for the showdown. Looks like Andi wants to call JP out for not taking this process seriously. That should work out well.

8:30 – Andi starts by telling JP she’s not in love with him and won’t be. JP takes this well and says that it’s okay, if it’s not me, that’s all right. But Andi is saying things are NOT okay. She wants him to understand her time commitment and she’s actually starting to badger him. Andi wants him to be something he’s not and she’s acting like he’s done something wrong and so far I’m not seeing why she’s so pissed.

8:34 – And now we come to the real issue. It looks like JP made two BIG mistakes – 1) he volunteered too much information about the other women and 2) he told Andi that she was essentially his third choice. Now I know why she’s pissed.

8:35 – Andi said JP told her she made it to St. Lucia by “default.” JP says that word is not in his vocabulary (probably true) and what he said was, “You barely made it here.” Either way, it was an incredibly stupid and insensitive thing to say. Maybe he was joking, maybe he was being playful or maybe this is a language issue but either way he hurt Andi’s feelings and now we know why she had a 180 when it came to her feelings for JP.

8:40 – This argument is still going on. Andi is in Punishment Mode. She wants to be sure the Bach audience sees what kind of guy Juan Pablo is. Um, Andi, we already knew, you’re the one who didn’t.

8:42 – JP made a smart move. He put some responsibility on Andi for not telling him things SHE wanted to talk about. Good point. Hey, relationships are a two way street. Andi, you gotta know what kind of dude you’re dealing with. You’re a smart, educated woman and you were dealing with a mental midget. Some of that’s on you.

8:46 – Andi leaves indignant. Says Andi, “He doesn’t see it. He doesn’t get it.” She’s angry about the “barely made it here” comment and I can certainly understand that. But what I think she’s really pissed about is that she didn’t see what kind of guy JP was from the jump.

8:47 – Says the Mrs. on the Andi/JP drama, “I think JP is super shallow but Andi didn’t see it because she didn’t spend enough time with him. If this were a real dating situation she would have figured it out on date 2.”

8:54 – Still talking her head off in her car ride, Andi decides to drop some knowledge on viewers, “It’s not just “okay.” It’s frustrating as a woman to hear that. It totally sounds like you brush our feelings under the rug. Everything in life is not just okay when things don’t go your way. Say something real. I’ve just never been able to pull that out of him.”  This is starting to feel like sour grapes. Andi is acting like this has been a problem with JP since day one but the audience has never heard about it until today. Andi, the audience knows how JP is. He’s not that complex. Again, I think she’s just pissed that she didn’t see how shallow/simple he is and is angry about it.

8:56 – Clare and Nikki have arrived for the final rose ceremony. Harrison tells the ladies that Andi has gone home. Clare is jumping for joy (in her head) and Nikki is confused to as why her friend left.

8:58 – Nikki and Clare collect their roses. Life moves on.

8:59 – Just saw the preview for next week’s “Women Tell All Episode.” It looks good BUT I think it’s just clever editing. I don’t normally do a running diary for the Tell All episode and don’t think I will next week. The Tell All formula is pretty predictable – the women will rag on each other, a couple will rag on JP, a clear frontrunner for the next season of the Bachelorette will emerge (probably Sharleen), someone who was burned this season will air their sour grapes and JP will come out to say how happy he is with his selection. Yawn.

Final thoughts – In defense of Juan Pablo (there’s something I thought I’d never write), I think he does take this process seriously. Or at least as seriously as Juan Pablo possibly can…How would you handle the fantasy suite episode? For me? I’m not really sure. I would think when it came down to three that I’d have an idea who The One is so I’d be self-conscious about them seeing me with someone else. Of course, if you’re on this show you just might be out to score and just pounce on all three…I’m going to start using “It’s okay” in all situations just to tick people off.

See you in two weeks!