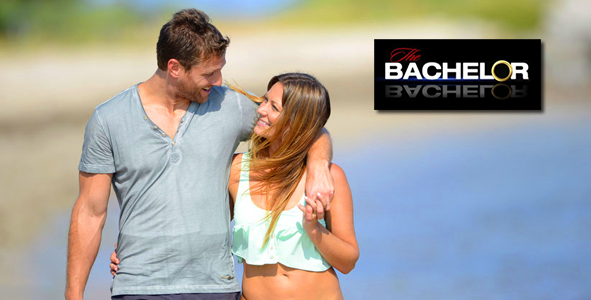 Has this show really been on seven weeks? It seems like much longer. I don’t know what’s more surprising, that this show has only been on since Juanuary or that it does so well ratings-wise. It’s even consistently defeated my favorite Monday show, “Almost Human.” 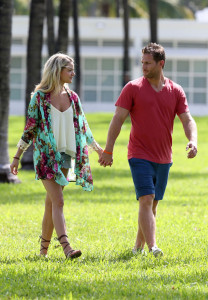 Is America saying that Juan Pablo is more entertaining than Karl Urban? Evidently so, even though JP is the least interesting Bachelors in recent memory. Juany Pabs had so much potential but so far all we’ve seen after seven weeks from JP is A) ocean coitus B) kissing women right as they ask semi-difficult questions and C) a butchering of the English language.

Juan Pablo just doesn’t know how to communicate with anything other body language, which, contrary to popular belief is the universal language, not math. JP gives us an example each week that he doesn’t know English well enough to be the Bachelor (He even calls himself El Bachelor!) and last week was the topper.

When talking to different bachelorettes he had to ask them what the words “inappropriate,” “frazzled,” “bolt,” “cut to the chase,” and “inorganic” meant. Granted, half the women on this show probably don’t know what the word “inorganic” means (especially Science Educator Chelsie) but when you’re this bad at English how are you supposed to form a real relationship with an English speaking woman? And in turn, how are we supposed to root for you to succeed and therefore be invested in the show?

Yo Juan Pablo, I’m offering you some free English lessons. Hit me up and I’ll walk you through UrbanDictionary.com. This way when you break up with Clare after this season ends, you can claim she just had her date face on the whole time the cameras were rolling and eventually figured out she was a phony.

Okay, enough jibber jabber. Let’s get to tonight’s episode. As always, be sure to check out the flavor filling links.

7:05 – The show has moved to JP’s home, Miami. I normally don’t care for product placement but the Loews South Beach Hotel in Miami looks awesome! I’ve been to the one in LA and Loews just knows how to do it right. And no, I swear I was not paid for this advertisement in anything but lavish bathrobes and a free three-night stay in the Loews of my choosing.

7:07 – While talking to a cousin about Sharleen, JP tells his cousin that Shar is an “Oprah Singer.” I’m pretty sure he meant “opera singer” but let’s just use what JP said from here on out.

7:08 – Juan Pablo shows up at the ladies hotel and tells Sharleen that she has 10 minutes to get ready for a one-on-one date. She looks like she was just told that it was time for her root canal. Methinks Shar will be turning down a rose soon.

7:08 – Sharleen just said she likes Juan Pablo but has yet to find a “cerebral” connection with him. That made me laugh so hard milk shot out my nose. And I’m not drinking milk.

7:15 – JP and Sharleen are on a yacht (I think that’s a French word and its pronounced “yak”). Their conversation consists of lots of kissing, so I guess they’re speaking in tongues. Shar clearly has issues about having a true connection with JP and probably knows there really isn’t anything there, but he turns her on which blocks that stuff out. It’s happened to everybody.

7:22 – Time for the evening portion of the date. Sharleen still claims that she needs a mental connection with JP. Unless she plans on connecting electrodes to their brains, that just ain’t happening.

7:25 – Sharleen just said she wishes she were a little dumber. What I think she means is that she wishes JP were a lot smarter.

7:28 – After her date Sharleen says she feels conflicted about her feelings for Juan Pablo. So what does a confused Shar do? Chat with House Mom Renee about her situation. Because whenever I was conflicted about my feelings about a person I was dating, I would always talk to the other dude said woman was dating.

7:30 – Says the Mrs. about Sharleen, “Why does she have to convince herself? She needs someone smarter and less of a playboy. She knows what she needs to do, she should just do it. And for the record, my husband is super cool and way better looking than Juan Pablo. Be sure to write that down.” Okay, so maybe I made up a couple of those sentences. You’ll have to figure out which ones.

7:34 – Time for Nurse Nikki’s one-on-one. She was just told by JP that they’re going to Camila’s dance recital and most of his family will be there. Clare is going to be so jealous!

7:38 – I’m not saying the Camila dance recital was staged, but there were more cameras there than at Super Bowl media day.

7:40 – Camila just gave Nikki a smooch. This is a weird date so far. If JP isn’t thinking he’s going to end up picking Nikki this is really going to be odd for his final choice to watch.

7:45 – Time for the evening portion of the date. JP takes Nikki to his “office,” Marlins Stadium where the Florida Marlins play. For some reason I thought JP’s job was handing out roses, walking around shirtless and speaking poor English. I didn’t think it had anything to do with baseball.

7:54 – After spending the entire episode annoying viewers with her constant wishy-washiness, Sharleen tells the women in her hotel room that she’s leaving the show. I’m just hoping Shar calls JP “sir” when she delivers the bad news.

7:58 – Sharleen tells JP the bad news. He takes it well, so well that HE has to console her. While Shar cries, Juan Pablo does his “look at me”-grab-a-woman’s-face move about three times before it works. If Shar’s surprised by his lack of a reaction, or was expecting him to fight for her, she left disappointed.

8:09 – Chelsie is spending some quiet time with JP. I’m not saying Chelsie is dumb but…no, actually that’s exactly what I’m saying. I can’t stand the sound of her voice or her topics of conversation. She’s gotta be going home.

8:11 – I don’t know what JP sees in Andi. Here she is, yet again, complaining to Juan Pablo about all her stress and having trouble dealing with the pressure of wanting/needing a hometown date and blah blah blah. There’s NO chemistry here. Why is she still around?

8:18 – Time for Fake Clare to spend some time with JP on the group date. I only counted 27 “likes” being said by Clare. That’s a personal low.

8:20 – Andi gets the group date rose. Clare’s reaction is not surprising, “I deserve something amazing and wonderful. There are times like this where I question what the f$%* I’m doing here. Does Juan Pablo have a pet rabbit? Because if he does I’m breaking into his house tonight while he’s on a one-on-one with Andi and I’m boiling it.” Okay, maybe I made those last two sentences up but you KNOW that’s what Clare was thinking.

8:23 – Says the Mrs. about Andi, “I don’t get the chemistry with Andi. They never talk. She seems real needy too.” I’d agree with that assessment.

8:30 – House Mom Renee, Clare and Chelsie return to the hotel to hang out with Nikki. Clare, already fired up from not getting a rose, and Nikki, who clearly can’t stand Clare, start arguing with each other about I don’t know what. Neither one of them comes out of the argument looking good. Nikki looks like a bitchy egomaniac and Clare seems like a future serial killer. Finally some drama on this show!

8:33 – Oh no. I was just subjected to a Juan Pablo M&M commercial. Pretty sure this is one of the signs of the apocalypse.

8:39 – Cocktail party time. Personally I’d love to see Clare and Nikki duke it out like Michelle Rodriguez and Gina Carano in “Fast & Furious 6,” but that’s just me.

8:43 – And here’s Clare telling House Mom Renee and Chelsie that if the three of them got roses (meaning Nikki would go home) it would show that Juan Pablo has his head on straight. I just LOOOOOVVVE when people get on their high horse and tell you what’s best for someone else’s life. I LOOOOOOVVVE those people. And I’m SOOOOOOO lying about that.

8:46 – After three minutes of awkward silence between Clare and Nikki, who were sitting alone while the other women were either with JP or powdering their noses, Chris Harrison finally shows up to tell the ladies it’s just about time for the final rose ceremony. This is the most interesting episode in ages! JP is a dud, but maybe this season could be salvaged with a Clare/Nikki final two.

8:54 – Nikki gets the first rose. Chelsie and Renee look at each other knowing it’s one of them.

8:55 – Renee gets the final rose. Chelsie is sent home. The biggest surprise from this rose ceremony is that Chris Harrison DIDN’T come out to tell JP he had Uno rose left. He must have been locked in the bathroom like that Olympic bobsledder.

8:57 – Chelsie is crying in the limo ride out. Juan Pablo is crying while leaning over a metal railing, earning himself a 1/2 Mesnick (How is Mesnicking not in Urban Dictionary?!?). Viewers are left wondering why, since JP hasn’t displayed any chemistry with any bachelorette.

Final thoughts – Sharleen has to be the frontrunner to be the next Bachelorette right?…If Clare gets picked as the next Bachelorette I won’t be watching it. She’s so fake I just couldn’t handle it…Weird preview at the end of this episode. First of all there are two episodes next week, one on Monday and another on Tuesday. Next we saw that Clare’s sister seems to be pulling a Desi-bro (screwing up a bachelorettes chancing of winning). Then we saw Andi having a meltdown after a fantasy suite date, so we know she makes it to the final three. Nikki or Renee just might win this thing by default.

See you all next week! Twice!