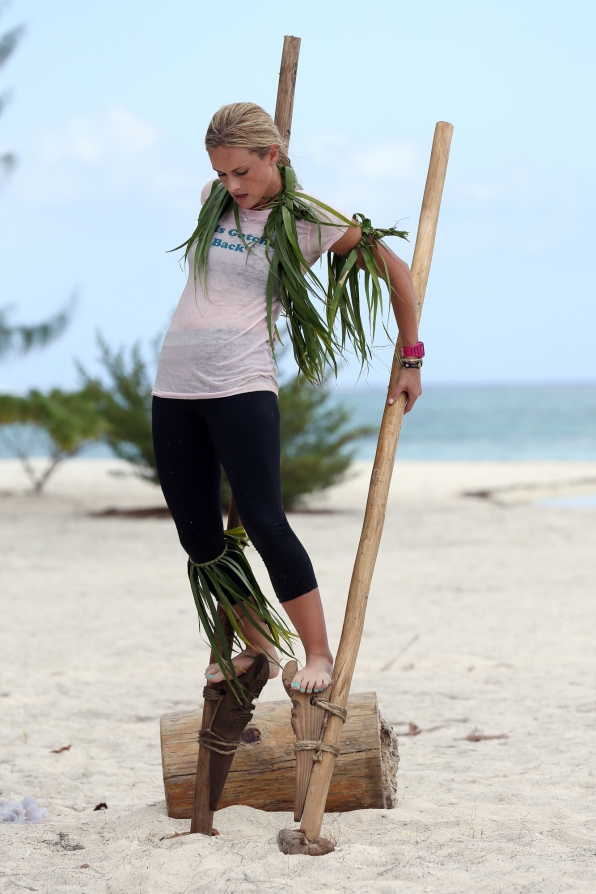 Story time, kids: a couple of years ago, I met a guy who told me he’d gotten pretty far in the casting process for an early season of The Amazing Race—maybe not quite to the point of being packed and ready to leave, but nearly that far. During the casting process, he told me, they’d specifically asked him about his biggest fears: did he have any deep-seated phobias, was there anything he was pretty sure he couldn’t do for a million dollars, that kind of thing. He confessed to them a very specific and kind of bizarre fear (owing to its specificity, I’m not going to tell you what it was). They asked him about it over and over in a lot of different ways, he told me, and he didn’t waver from his answer. He absolutely hated this thing, he told them, and the mere idea of it set him on edge.

Well, he didn’t end up making the cut. But as a fan of the show, he tuned in anyway and sure enough, in one of the very first episodes that season, there it was—the exact thing he’d told the Race producers he was terrified of. Suddenly, the way they’d been practically badgering him about his phobia every day of the casting process made perfect sense. And he didn’t feel quite so disappointed anymore about not making it onto the show.

It should be fairly obvious by now why I’m telling you this story this week of all weeks. There’s a hidden lesson in it—a lesson that Idries and Jamil have just learned the hard way. A lesson that anybody who ever so much as daydreams about being on The Amazing Race needs to take to heart immediately. Don’t ever, ever, ever go on this show unless you are prepared to face your worst fears head-on. Pencil it in now: sometime after you learn how to drive a stick shift but before you start shopping for that sweet color-coordinated workout gear, take time out to confront that crippling phobia on your own, because if you don’t do it yourself, the Race will almost certainly do it for you.

Which isn’t to say I expect everyone to come into the race completely fearless—getting over big fears takes time and work. But acknowledging that the fear exists and not shying away from confronting it is what great Amazing Race moments are made of. Sarah Freeman, whose excellent Survivor column graces Rob Has a Website weekly, put it very well: “I usually root for racers with phobias, provided they’re trying to overcome it rather than hoping it won’t come up.” Jamil was ready to take a penalty before he’d even gotten his feet wet. In fact, he was ready to take the penalty before he’d even looked into trying the other Detour option. Later on they took a casual stab at finishing strong and adding in an inspiring back story, but their reputation wasn’t salvageable by that point. I can’t say I’ll miss them.

This week, as predicted, the two teams out in the back of the pack caught up almost entirely before anybody actually had a chance to do anything race-related. I was relieved, however, to note that Max, Katie, Jen, and Caroline couldn’t make the exact same set of water taxis as the groups who actually finished the tasks and didn’t take a penalty. The penalty did, after all, end up being an actual penalty, and these two teams were forced to work harder to make up time. This is as it should be. The penalty didn’t completely screw them, but it did force them to work harder.

While the previews promised some resolution—or at least some confrontation—with regard to John and Jessica’s second Express Pass, we didn’t get it. Instead, they held onto it for a little longer to ponder their options. Honestly, it looks like Dave and Connor’s rotten luck might have just made the decision a little easier. If a ruptured Achilles tendon is indeed what happened to Dave on the sprint to the mat, and it is indeed as bad as my cursory Googling has led me to believe (pro tip: if you must google a horrific injury, don’t ever click through to “image results”), he might be out of the race entirely (which would be a first in race history!). At the very least, his injury is going to slow the O’Learys down considerably. If Dave stays in and tries to finish the race on one leg, giving them the extra Express Pass is going to be tantamount to setting it on fire. Dave’s injury could well be John and Jessica’s good fortune.

Who’s getting along swimmingly? Believe me, I’m as surprised as you are, but I have to give all the props to Joey and Meghan this week. They quickly figured out a winning strategy on the pearl task that moved them up quite a few places in the rankings. This kind of strategic thinking, coupled with their unflappably positive attitude, could take them a lot further than I initially predicted.

I was also very impressed with the country singers’ stellar performance. They made up a lot of ground this week by powering through the tasks. A troubling trend this season is racers getting upset when an all-female team bests them at something—specifically when Jen and Caroline beat them at something. Matthew and Daniel did it in the first episode, and then Max did it again this week. I don’t understand what they think is so much worse about being defeated by someone with two X chromosomes and a cute little hair flower, but this attitude is disgusting and it has no place on my favorite show. For this reason, I am now rooting for Jen and Caroline to win it all. Suck it, chauvinists.

Who’s taking a tumble? While I was very impressed with Chuck’s athleticism this week (who knew Wal-Mart was such a great training ground for the race?) it seems like Wynona’s weighing down Team Bama. Between her flat refusal to jump in the water on the pearl Detour and walking in to the Pit Stop instead of running out the leg, I’m afraid things do not look good for these guys.

But it’s Pam and Winnie who made the worst mistake this week, and if they’d been in front of a team that sucked even a little bit less than Idries and Jamil, their map-reading blunder would have cost them the game. Instead, they jet-skiied halfway to Vanuatu and wasted most of their day correcting their navigation error to finish up in second-to-last place. It’s not the dumbest thing anybody’s ever done on the show, but it’s not a good mistake to be making this early in the game.