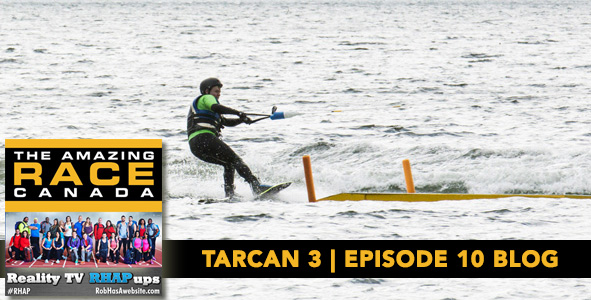 We’re down to the Final Four in Amazing Race: Canada, and just like last year, we have: 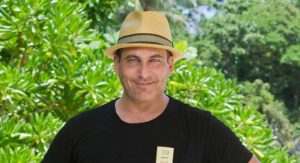 However, I don’t think we’re getting the same story this year. The archetypes may be similar, but the plotlines have been very different. As we do every season, let’s put on our Jonathan Penner hats and take a deeper dive into the story that’s being told for each of these teams.

1. Brent and Sean – The Brothers Sweeney have faced directionally challenged cab drivers, weak stomachs, and a grueling non-elimination leg to not just hang in there, but actually emerge at the front of the pack most of the time. Make no mistake – like Sukhi and Jinder before them, these guys are scrappy. Even in the few glimpses we’ve gotten of their lives off of the Race, they’ve emphasized that moving to the big city from a tiny town took gumption.

This week, they burned through a Speed Bump and a tough Detour that really didn’t seem like it was in their wheelhouse, showing that they really WANT to win. And they overcame obstacles of their own making (i.e., sometimes there IS something wrong with a little pee break) to land on the mat in second place, not all that far behind Gino and Jesse.

What’s missing from their story? Well, we’ve never gotten a memorable sappy-piano-music backstory narration moment that gives us some sympathetic reason to want them to win. Is there a parent or other loved one they’re doing it for? Some adversity they’ve conquered? Non-winners get these little vignettes a few times over the course of a season, but you almost never see a winner who DOESN’T get one. And unlike the Wrestlers/Montanis dynamic, the rivalry between the two brother teams has been shown to be pretty one-sided. In other words, Brent and Sean frequently voice a desire to defeat Gino and Jesse, but Gino and Jesse don’t seem the least bit worried that THIS team is gunning for them.

If I had to guess, I’d say that Brent and Sean won’t go down without a fight, but they ARE going down. Maybe as soon as next week.

2. Nick and Matt – On the other hand, Gino and Jesse seem genuinely concerned that Asylum and Burns are preparing to body-slam them…and vice versa. The Race editors have laid the groundwork for a season-long gentlemen’s rivalry. The dynamic between these two teams is one of competition, of course, but with an undercurrent of grudging respect. When they were U-Turned this week, it wasn’t because Gino and Jesse realistically thought there was a chance they’d be knocked out. It was more a memo to Nick and Matt that said: “we aren’t going to let you win.”

And statistically speaking, Nick and Matt have the highest average placement of any team left in the race (yes, that includes Gino and Jesse), which means Gino and Jesse are absolutely right to be gunning for them. Running’s not their thing, but they’re definitely strong, smart, and full of weird little pockets of relevant experience, and unlike every other team left in the Race, we have never seen them disagree on anything. Nick and Matt are consistent, and that counts for a lot in terms of sheer racing prowess (provided, of course, they’re not consistently mediocre, which they aren’t).

The big question mark here, though, is the exact same one we have about Brent and Sean: what the hell are these guys like outside of the Race? Apart from a couple of photos of them in singlets and a passing mention that Nick’s day job is teaching, we really don’t know. Do they have families? What were they like as kids? Are there grand plans for the prize money? Why do we want them to win, apart from a vague feeling that they’re nice guys with good senses of humor? Basically, the only reason the average Canadian would be pulling for them is if they really love pro wrestling, or they really don’t like Gino and Jesse.

3. Simi and Ope – Simi and Ope, on the other hand, are pure human-interest gold at this point. We’ve heard about how proud they are to be Canadians, and about Ope’s road to citizenship. From the beginning, we’ve had scattered moments of this father/daughter team talking about their dynamic and their background.

What came to us late, though, was any sense of what they’re like as racers. Up until India, we only ever saw them whenever Ope was freaking out about water; landlocked challenges contained a perfunctory shot of Simi and Ope performing the task just so you could verify that they performed it. You have to guess that last week wasn’t the first time Ope has done that supremely dorky Dad Dance, but it IS the first time it was shown. If they were our winners, wouldn’t we have seen every single moment of exuberance, especially during those dire first few legs when we thought they’d be done for?

I would not be surprised to see them sneak into the finals at the hands of another team’s epic fail, but I WOULD be surprised if that finals turn then becomes anything but them dropping to the back of pack in the first fifteen minutes, leaving the other two teams to battle it out for supremacy.

4. Gino and Jesse – On a U.S. season of this show, Gino and Jesse would probably be painted as the villains. And indeed, across the Internet, that’s the reaction I’ve seen from the handful of American fans who are invested enough in the show to catch the Canadian version. Gino and Jesse are not particularly funny; they don’t have huge personalities; they’re just really, really good at racing, and their dominance makes for a less compelling storyline, which makes people think of them as “smug” and “gamebots.” (Actually, the exact phrase I recall from the message boards this week was “hollow meatheads”. I also noted a comparison to Jet and Cord, which is just about the most damning thing a diehard can throw at a team. Jet and Cord are like the Rupert of Amazing Race.)

But here’s the thing: Canadians of varying levels of dedication to the show don’t seem to be seeing it that way at all. In terms of fan favorite votes, Gino and Jesse are nearly as popular as Meghan and Natalie were last year, and that’s without having achieved literally the gold standard of Canadian sports achievement prior to coming on the Race. And here’s the other thing: we know a LOT about these guys. We know how they race, what they’re good at and bad at, what they were like as kids, what they do for fun outside of the Race, how they feel about each other, and who they’re racing for. They may not have necessarily jumped off the screen with Jet and Dave style aplomb, but they have undeniably been the stars of the season from day one, and there’s probably a pretty good reason for it.

Possibly the cab-stealing incident alluded to in the previews will signal a little bit of a moral downfall for the bros, and their popularity will take a hit as we go into the finals. But it’s going to take something a lot bigger than stealing a cab to turn an entire nation against them. If we were meant to think this was mean of them, we probably would have seen them being meaner sooner, and we probably wouldn’t have quite this much background on them.

In other words, we’re getting Meghan and Natalie’s performance with Mickey and Pete’s edit. As I’ve said on the podcast, sometimes the team that looks like they’re going to win from the outset actually DOES win, and after two unpredictable finishes, I’d guess TAR:Canada imagines it’s okay for the underdogs to stay under just this once.

And I’m not just saying that because I picked Gino and Jesse to win on Day One. I honestly think this is the way the editing’s pointing, and in two weeks, we’ll know for sure.

Note that TAR:Canada is getting bumped to Thursday next week due to the MasterChef finale. This shouldn’t affect our posting schedule, given that Dan and I typically record over the weekend, but it may affect your DVR/bootleg watching.