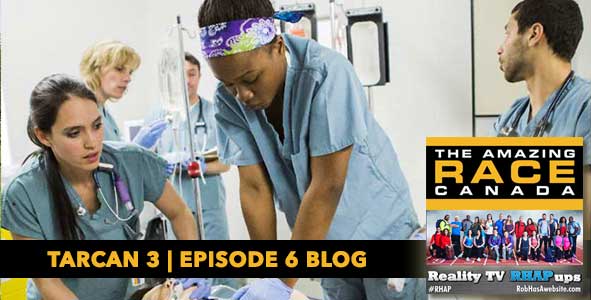 The city of Sudbury, which I’d previously thought of as mostly an industrial center rather than a tourist destination, came off particularly well in TAR:Canada’s visit to it. It’s got cultural hotspots, universities, parks, a gorgeous lake, and a giant nickel! What a great place to run a race! You can’t buy that kind of publicity!

Oh, wait. Maybe you can.

This is the first time I’ve heard of a city blatantly buying itself a spot on The Amazing Race, which doesn’t mean it’s the first time it’s happened, just that it’s not something that’s heavily mentioned. Do I think it hurts the show? Not any more than the incessant mentions of “BMO World Elite Cash Back Mastercard” do. The show’s gotta get produced somehow. And since the race IS supposed to be Canada-focused, it’s not totally incongruous to see Sudbury on the itinerary. (Plus, this explains how the show was able to afford a few hours of Alex Trebek’s time, if not an entire day of it. Sorry, last two teams. No Trebek for you.)

If the challenges this week had sacrificed difficulty or interest level over pandering to Sudbury, maybe I’d feel differently, and if it were something that happened every week, I’d DEFINITELY feel differently, but honestly, it felt pretty much like any other leg of the race, albeit one of those legs where racers tend to have an opportunity to pause and catch their breath after a particularly tough leg before things get real again in the next one.

And boy, did at least half of these teams need it. This is definitely the most stratified race that Canada’s ever run. All the bunching in the world can’t shuffle the order between the front-runners and the non-factors this season.

Gino and Jesse: I mean, what can I say? After a couple of rough legs, they’re proving to be as tenacious and talented as Meghan and Natalie were last year. But more than that, they’re also incredibly lucky, hitting the right tasks and the right twists at the right times. It’s hard to tell how well they’d have fared if there had been no Fast Forward this leg, but certainly I think they’d have remained at least competitive. I am heartened to see some of these other teams at least giving them a run for their money, and I’m relieved that they’re not totally invincible, so I’ll let them have this particular victory. If they can keep their navigation skills sharp, we’ll most certainly be seeing them in the finals, so we’d all better get used to it. 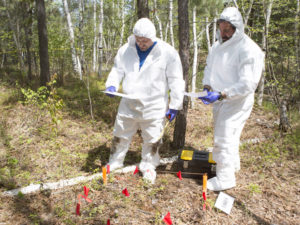 Wait, these guys are still here?[/caption]

Nick and Matt: Sure, they’re funny and they’re decent racers, but I seriously keep forgetting these chronic third-placers are even here. They seem to me to be the Rob and Ryan of their season — unremarkable, but good enough to stay with the front of the pack. They’re definitely not getting a winner’s edit so far, but then again, Mickey and Pete didn’t start to get theirs until the final five or so…so a win isn’t out of the realm of possibility. It just doesn’t seem likely based on what we’ve seen so far.

Brian and Cynthia: Okay, so they aren’t exactly convincing actors, but what they lack in pretending not to be cops, Brian and Cynthia more than compensate with intensity, focus, and surprising strength. Sure, they miss the odd detail here and there, but we haven’t yet seen them screw up catastrophically. Here’s hoping this trend continues, because I don’t think I could get through the rest of the season without their dry, matter-of-fact running commentary.

Brent and Sean: I expected Brent and Sean to go far by bumbling their way through the course. What I didn’t expect was that they’d actually be pretty good racers on their own merits. Brent and Sean have been lucky where they’ve needed to be, but they’re also smart strategists who are detail-oriented. This week, they knew to zig where everyone else zagged, and it paid off big time. Not only are these guys kind of crushing it, they’re also managing to be hilarious in the process. Their humor is slightly broader than Brian and Cynthia, who for my money are the funniest team this season, but I can’t imagine this season without the Sweeneys and their high-energy antics.

Neil and Kristin: Okay, you know how Sean Connery always spends his Celebrity Jeopardy rounds messing with Trebek instead of answering the questions? We got a tiny taste of that this week from Kristin, who spent a large chunk of her Detour messing with Brian and Cynthia rather than paying close attention to the intricacies of the measurement process. Perhaps this means she’s regaining her spunk, but it could also mean she’s taken her eyes off the prize and is just trying to have some fun before it’s all over.

I think of the three bottom-tier teams remaining in the competition, Neil and Kristin have the best chance of surviving, but they’ve had some pretty huge setbacks that may still be messing with their psyche. If Kristin’s legs are totally uncramped, they may be able to gather some steam. Overall, though, their record shows one first-place finish and a lot of mediocre performances.

Dujean and Leilani: The exes are getting the strangest edit — we frequently see them arguing for about three seconds before settling down as if nothing’s happening. Like Neil and Kristin, they’ve spent most of this race in the back of the pack, barring one really awesome first-place finish. Unlike Neil and Kristin, though, they haven’t had a very good excuse for it. We can’t point to an injury or one bad task and say that this is the thing holding them back. It’s hard to tell why they aren’t racing better, which probably means there are many small reasons behind it, and it probably means they’ll slip out of competition entirely before too much longer.

Simi and Ope: You know how I feel about racers who enter this competition with the albatross of a crippling phobia around their neck. If you’re willing to confront the fear, allow it to pass over you and through you, and be the last man standing once the fear has gone, then more power to you. Jump off that cliff, dive in that water, cuddle that creepy lizard, and tell your fear to go fly a kite. The audience will love your steely resolve, and you’ll feel like this experience truly changed you for the better. Vanessa and Celina, back in Season One, forced themselves and each other to face the things that scared them the most, and it made me want them to go far. It’s what separates the Kisha and Jens from the Mika and Canaans.

But of course if you DO go on this show, you risk fighting the fear and having the fear win out in front of an audience of millions. And unfortunately, that’s what Ope’s running into now. I don’t fault him for being afraid of water. I do, however, fault him for not making more of an attempt to get on civil terms with water before he went on a nationally-televised program in which he’d be forced to interact with it. We’ve now seen their race hampered at least five times by Ope’s inability to swim. His perseverance may have brought Trebek to tears, but I think other viewers may be beginning to lose patience. It’s too late to do much about this now, but once they get home, I think Ope should drop by his local Canadian equivalent of the YMCA, find a sympathetic instructor, and see about at least learning how to dog-paddle without making a federal case out of it.

And as for Nic and Sabrina: I really wanted them to be the kind of team who learned from mistakes and held on tenaciously while stronger teams fell to the wayside. Indeed, in the first two legs, that looked like exactly what was going on. But from the first time they quit a task, back in Buenos Aires, the wind fell out of their sails and never really returned. Nothing’s more painful than watching a team fully cease to want to be there. I hope they can look back on this experience fondly, and that a lot of my perceptions are down to editing, because a team visibly relieved at the prospect of not racing is really hard to watch.

My predictions? The finals are going to feature at least two of the front-running teams, but I’m equally sure we’re going to see at least one more shocking elimination before the end of the season. I guess that’s not really a stretch, and I’m not exactly going to be lauded as a Race psychic if this comes to pass, but it’s what I think is going to happen. And it’s what I hope is going to happen, because if the next three episodes feature the back end of this race getting decimated in short order, that isn’t going to make for a very fun rest of the month.