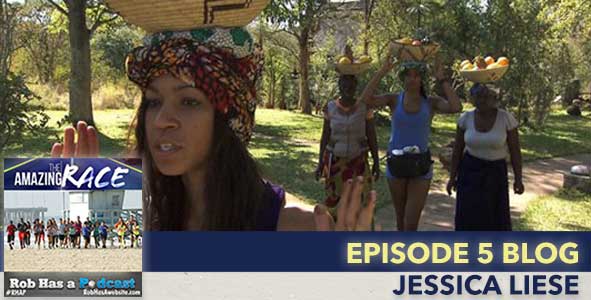 By now, it should be obvious to everyone that The Amazing Race is not just a competition; it’s not just a reality show; and it’s not just a travel show. It’s all of these at once, and the whole is greater than the sum of its parts.

Accordingly, the race course needs to address a variety of experiences. It needs to find tasks on each leg of the race that serve all of these criteria: 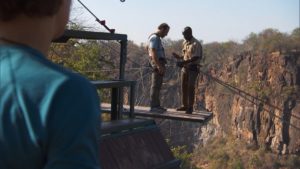 Gorgeous gorge, exciting to watch, but where’s the skill in stepping off a cliff?[/caption]

And just as would-be renters looking for a New York City apartment can be assured that they will have to settle for any two of good value, good location, and good space, 90 percent of the time, on any one task, Amazing Race course-planners tend to shoot for two out of three of good television, good local color, and good test of skill. A well-executed leg that’s emblematic of Amazing Race as a whole would, of course, have to hit all three points when you consider all of its tasks collectively, and I’d argue that any individual task would have to be batting .667 to begin to qualify as good.

(This is why such a huge chunk of Amazing Race 24 was so god-awful terrible. A good course might have saved us from the underwhelming cast, but we also had to contend with tasks like balloon-shaving, which a) required minimal skill; b) took place in a barber shop that could have been located anywhere in the Western world; and c) was terrible television. 0 for 3.)

Granted, the right team can make anything compelling television (Ernest and Jin, and to a lesser extent the cousins, saved a relatively rote trash-collecting task that didn’t tick any of the three boxes a couple of weeks ago). And the, um, “right” team can also turn a task requiring no skill whatsoever into a total game-changer with their ineptitude. It all evens out in the end in most seasons: character moments, navigation, and the odd game twist can fill in some of the gaps where the race lacks suspense, substance, or a competitive edge.

So task by task, let’s break this down: which of the three boxes did each one of the most recent leg’s tasks tick?

Roadblock/Batoka Gorge Swing: Obviously, it doesn’t take Neil DeGrasse Tyson’s smarts and Ronda Rousey’s dexterity to step off of a cliff — but boy is it fun to watch, both from the perspective of watching racers get an adrenaline rush and from seeing the absolutely breathtaking Zambezi River. Production didn’t count on anybody having any trouble with this beyond a moment or two of hesitation, so it was really a happy accident (for us, not them) that two teams misunderstood that they were already at the task when they read their clues. Thus, Production wasn’t counting on the order switching up at this point in the Race, beyond perhaps someone getting lost.

Detour/Canoe: As we saw when Justin and Diana kept a comfortable lead over Tanner and Josh due to their adept paddling, this particular task did require a modicum of skill. I suppose it could be argued that the river (packed full of stock footage of hippos and crocs) stands in for “local color.” But exciting to watch? Not particularly. Not when pretty much every season involves a boat task at some point.

Detour/Crocs: Like the gorge, here’s something that’s all adrenaline and no actual skill. Nobody was going to fail at this task and end up having to repeat it. But snapping crocs are pretty fun to watch, and chances are good that many folks would, like young Dominic Cesternino, consider this the most exciting part of the episode. This isn’t something you can do in your own (metaphorical) backyard, either…it’s fairly specific to the part of the world they were in.

I’m pretty sure that if Team Motherboy hadn’t been compelled by Race rules to use their newly-acquired Express Pass THAT LEG, they’d have been perfectly happy to take this on, and what’s more, it probably wouldn’t have tacked on more than ten minutes to their Race time. They’d still have finished near the front, if not necessarily in first place.

Walking with the Lions: I think I would have liked the lion walk better if it hadn’t been sandwiched back-to-back with another task where you’re supposed to think someone might get eaten. Ultimately, though, the lions were just another flashy task in an episode that was full of big flashy tasks.

And that’s probably the biggest design flaw of the episode: fully 75% of it was taken up by big flashy tasks that didn’t require racers to actually do anything. If Jazmine and Danielle hadn’t missed their clue, this task could have been edited out of the program entirely and we would have been none the wiser. Heck, it could have been edited out even though they did! The fact that they initially accidentally skipped a portion of the race tasks would serve as enough of an explanation for their ouster. Yeah, lions are cool, and yeah, Zimbabwe has ’em, but really, the task itself was a dud.

Walking with the Baskets: Unpopular opinion here, but I thought the slow footrace actually added suspense rather than slowing down the action. I do concede, though, that if this task is only two of the three, it was skill-based and location-specific and not necessarily quite as telegenic as most of the rest  of this episode. If it weren’t for this task, the finish order would barely have shifted this episode. And it was a lot harder than it looked at first glance — in fact, Diana has said it was one of the hardest tasks of the entire race!

Adding that all up, we find that this episode was basically 50% setting, 20% skill, and 30% exciting. In a pretty awesome location like Zimbabwe, I think that’s excusable. But here’s hoping things get a little bit tougher for the racers in upcoming legs.