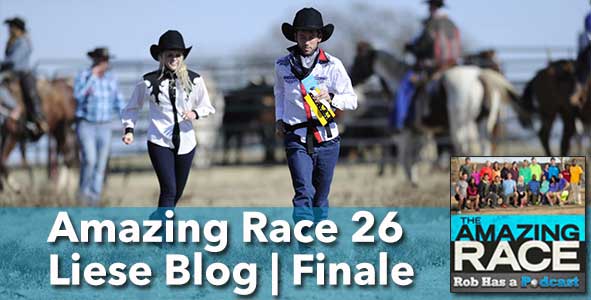 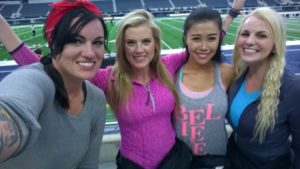 Thankfully, we at least had some suspense near the middle of the episode as Blair and Hayley blew a giant lead, allowing the power alliance of Tyler/Laura and Jelani/Jenny to forge ahead (even though Tyler and Laura left #TheLegalTeam in the dust soon after that). And watching Blair and Hayley, arguably one of the most conflict-ridden teams to make the finals, finally implode for good was decent as far as closure, even though it’s not what I personally would have wanted. But overall, this show almost always goes out with a whimper rather than a bang, and Season 26 was no exception.

The NYC finale party I attended didn’t really reveal much that I didn’t already know (or at least suspect, especially once I had to send my cover charge to one Tyler H. Adams). Tyler and Laura remain good friends, and they both remain friendly with their old alliance-mates Jelani and Jenny. Rochelle and Mike are amazingly down-to-earth, super-nice people, and seem a little overwhelmed by the whole thing. Nobody ever wound up hooking up in any major way (at least, not that they’ll admit to). I kind of wish I’d been able to be at both of the parties — Hayley threw her own in Florida, meaning I didn’t get to meet her, Jeff, Bergen, Kurt, or either of the first two teams out.

(By the way, despite what you may have seen on social media, Bergen and Kurt are not actually engaged. They’re kind of amazed that anybody fell for it.)

But now that we’ve closed the book on Season 26, and now that we know for sure that we’ll see a Season 27 in the fall, let’s finish our look back and start looking forward.

I haven’t heard much about what’s being planned, but I can tell you a few things I do know: