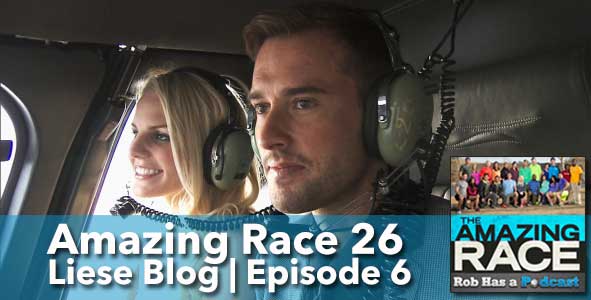 It feels like this season has gone on for months, doesn’t it? How can half the teams still be in the Race when we have been watching this season since the dawn of time? How are we only on episode SIX?! Two-week hiatus notwithstanding, no season has ever felt more dragged out than this one, and you guys know how I feel about Season 24.

The good news, though, is that now that we’re back into the swing of things, the show has started to actually get good. In the second half, there’s no reason to suspect we’ll be praying for May to come and put this season out of its misery.

So what’s been the turning point? If you ask me, it’s the demise of Amazing Race: Blind Date edition. 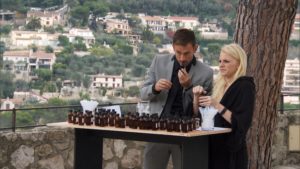 You don’t need to have a preexisting relationship to be the designated bickerers.[/caption]

By now, the blind date teams have had enough time with one another that most of the novelty has worn off, and they seem just like any other team of newly-dating twentysomethings. There have been plenty of teams, historically speaking, who didn’t actually know each other as well as the show tried to say they did, who weren’t really testing a relationship’s mettle, or who were even already broken up. At this point in the season, most of the remaining teams don’t seem to be strangers to each other any more than teams who’ve raced in previous seasons. (Are Blair and Hayley any less compelling than any other designated bickering couple in any previous season?)

In fact, with the one pair that seemed to actually be taking this whole blind date thing seriously now out of the race, I suspect the rest of the season is going to look pretty much exactly like every other season — there’ll be teams we love, teams we can’t stand, teams we keep forgetting, teams who are frontrunners, teams who are underdogs, surprise eliminations, and surprisingly tenacious teams. I, for one, am glad to have my favorite show back.

Which isn’t to say I didn’t like Jeff and Jackie. I don’t think I ever thought they were real contenders to win the race, but they were definitely entertaining, and their optimism — about both the race and each other — was one of the few bright spots of the blind date twist. There was no particular giant error that knocked them out of contention, either, which always makes an elimination disappointing. They just happened to get maybe 10 percent more lost than their fellow racers, and while they probably would have been fine if this had happened to them in a previous leg, we’re getting to the point where you can’t count on a weaker team to make a bigger mistake anymore…simply because there AREN’T a whole lot of weaker teams left.

This week’s Race course wasn’t one that allowed for a lot of free choice. It boiled down to travel skills and a little bit of luck. While I wouldn’t want a randomly chosen Detour every week, I thought this week’s was perfectly fine — it fit in perfectly with the Monaco setting and it ensured that both halves of the Detour would be attempted. Had teams not had to spin for it, it’s a virtual guarantee that they all would have gone for the zipline, given that it was a) far less skill-based, and b) much easier to find. The perfume task was a little closer to the Pit Stop, which evened things out a bit. Note that the eliminated team ended up being one who allegedly “won” the roulette spin and landed the easier task.

So who IS shaping up to be the frontrunner, underdog, surprise elimination, and surprisingly tenacious?

Steve and Aly, Laura and Tyler, and Matt and Ashley are clear frontrunner teams. They’re physically strong, decent with navigation, and whether or not they’re deeply in love, they get along like a house on fire. So my guess is that at least one of these teams is bound for the finals…and at least one is going out in a blaze of glory in the next couple of legs. The Amazing Race doesn’t deal in winner’s edits quite like Survivor does, but these are the teams we’re meant to think are bound for the long game, and a good story can’t get told if there aren’t a couple of twists.

Jelani and Jenny are strong racers (nobody else has two leg wins under their belt!), but lately they’ve slipped. They have trouble navigating, they argue with each other, and they just generally can’t seem to get it together. They’re not as much of a disaster as Blair and Hayley are (or at least were, prior to this leg) but they’re definitely not getting the winner’s edit. These two teams don’t seem to have what it takes on the surface to go all the way, but I suspect one of them will take a circuitous, conflict-ridden ride to the final mat, and I think my money’s on Blair and Hayley. They are starting to figure out how to race with each other, and if they wind up actually becoming friends along the way, that’s going to make a hell of a touching speech to give Phil once it’s all over.

Which leaves Mike and Rochelle. I wouldn’t necessarily call them underdogs — especially not after this week — but I doubt anybody saw their Race success coming. They are a lot of fun to watch, and in a season full of teams who seem like they were born in front of a camera, they definitely seem like the most human, relatable team left in the Race. Do I think they’re bound for the finals? Maybe not, but I do think we all kind of want them there.