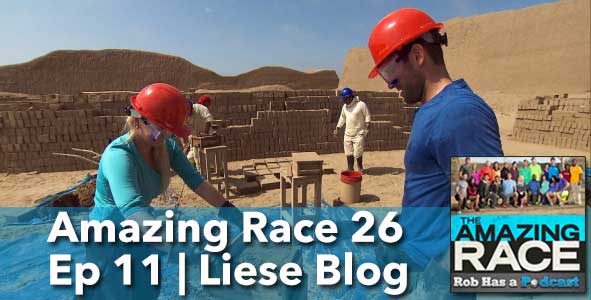 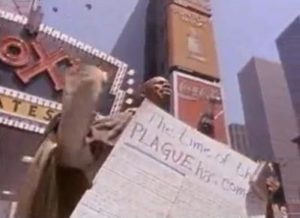 Bring out your dead reality franchises![/caption]

One of the things that has marked nearly every season finale of my tenure as Amazing Race correspondent (and for those of you keeping track at home, this is my sixth) is that as we approach the final stretch, there are certain twists and outcomes that spell the death of the franchise to a certain segment of the fanbase. If this team wins, or that twist pays off, the series is dead.

You already know how I feel about allegations that the Race is rigged. But I haven’t specifically spoken to this constant fear that pops up every season, and since at press time we actually still don’t know the fate of our series, let’s stare into the abyss and confront the mortality of our beloved show.

We’ve been on the precipice before, quite a few times, actually. Season Four almost didn’t happen — it was only through fan outcry and some protests from a couple of high-profile celebrity fans that TAR didn’t die after Zach and Flo. (Not that it was their fault, just that they were the last thing we saw before the hammer came down.) Seasons Four and Five were actually shunted to the summer schedule. Season 12 had to be placed on hold for a few weeks until the network finally euthanized Viva Laughlin. We’ve been closer to cancellation before. We’re never going to pull Survivor numbers (either on RHAP OR on CBS), but somehow TAR has teetered on the precipice over and over and still lived to fight another day. Make no mistake: this show is scrappy.

So why does the idea of a scrappy fourth-place team coming back to win it all bother you all so much? Isn’t it kind of against the spirit of the show itself? If anything, Mike and Rochelle hanging onto the back of the pack through hellish tasks and bad luck should bring to mind this program’s remarkable tenacity. If they win, they’ve told a story of perseverance, and that’s satisfying in its own way.

Which isn’t to say they have been perfect racers here. Nobody has, actually. Laura and Tyler said it best this week: Hayley and Blair bicker constantly, Mike and Rochelle have to hustle harder to stay competitive, Jelani and Jenny get lost a lot. And it was pointed out that Laura and Tyler aren’t without flaws either: when they’re in the front of the pack, they’re awesome, but when they aren’t, they fall apart. Mike and Rochelle are less polished and more volatile, but seeing them win wouldn’t make me lose interest in the show any more than seeing Amy and Maya win did.

In fact, I don’t see a single outcome here that would make me lose interest in the show.  There have been far worse final fours, and far worse winners than any of these people. At this point, in fact, Blair and Hayley winning would make this a top 50th percentile season at the bare minimum.

So where IS that line between “okay ending” and “show-killing ending”? Well, I always thought I’d find it unsatisfying to watch a team be rescued by non-elimination legs over and over and then go on to win it all…but actually, that DID happen in Amazing Race Canada, and while I think the fans probably didn’t expect it, the outcome wasn’t a show-killer. For the first few seasons of the U.S. show, the penultimate leg was ALWAYS non-elimination (albeit at final three, not final four) and the winners as often as not wound up saved by that same non-elimination. And it didn’t kill the show. In fact, its audience grew steadily until Season 8 (which also did not kill the show). I think even in the case of a predictable winner (Bates and Anthony) or an unpleasant one (Freddy and Kendra), as long as you’ve got a dog in the fight up until the end, there’s a reason to watch. You don’t quit football when your team doesn’t win the Super Bowl, do you?

(For the record, if a winning team blatantly cheated, or said racist/sexist/homophobic/abusive things to another team, or otherwise did another team wrong in an indisputable way that went beyond the game, that MIGHT kill the show for me. Basically, if the Amazing Race equivalent of a Will Sims/Dan Foley Survivor win happened, I’d possibly be done, just as I will almost certainly be done with Survivor if either of them end up winning this season. Very little chance of that happening on TAR next week, though. This cast is almost uniformly sunshine and warm fuzzies to each other.)

If we find out this week that TAR isn’t on the fall schedule, what else could be to blame for striking the death blow?  The Friday Night Death Slot? The Blind Date gimmick? The final leg with final four? Honestly, I don’t think it’s any of these things. The sad fact is that viewers have been steadily dropping off with each passing season…not because one awful event or another has mutated the program into something unwatchable, but the opposite: they feel like they’ve seen all a race around the world can offer them. Frankly, the most effective new twist in the world is never going to bring us back to Rob and Amber numbers. Those of us who never get sick of it, no matter how many Season 8s and Season 24s and Blind Dates and Double Your Moneys and Starting Line eliminations the show might throw at us, will just have to sit back and enjoy the ride while it lasts.

And keep in mind that not seeing it on the schedule for this fall might not mean it’s gone forever. It could be back in the spring, or the summer, or they could film a season and have it waiting in the wings like they did back in 2007.

Eat, drink, and be merry, Amazing Race fans, for tomorrow the series may die. Or it may be around for many years to come. Either way, I have much more fun enjoying the moment than naysaying and putting it on deathwatch.