Questions are incredibly important in Survivor. If you ask the right questions, often times you’ll get the answers you need. If you’re a player who is always answering questions or simply making statements unprovoked, you’re not learning as much as those doing the inquiring.

On the topic of questions, I want to bring attention to a Survivor event happening a week from now. Jeff Probst will be doing an AMA on Reddit. AMA stands for Ask Me Anything and topics will most likely include his book “Stranded,” film-making and of course, Survivor. It will be from 3PM – 5PM ET on Monday, May 19th. On that day, you can go here to submit a question.

A few questions off the top of my head:

Time for “10 sentences or less” WITH finisher predictions, plus a venture into the incredibly rare, serious side. Let’s go! 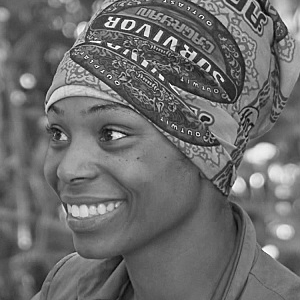 When a Queen loses her jewels…[/caption]

At the start of the episode I shot my parents a text and asked them who they were rooting for. Guess who they BOTH said? Tasha! Okay, don’t act like you accomplished something. We’re in her section after all. You were the only person in the world rooting against her. I wasn’t rooting AGAINST her. I just wasn’t rooting FOR her. Bullsh*t. Fine, I was rooting against her.

I hate to pat myself on the back— Yeah okay— but did I not say, to warrant the peanut gallery’s “Tasha is a great social player” sentiment she would need to push the heat on someone else if she didn’t win Immunity? You’re dumb. The peanut gallery refers to people being critical, not complimentary. Look who’s being critical now. I’m telling you the correct definition, genius!

Honestly, did Tasha do much socially or strategically? Who knows. We’re shown a heavily edited version of what happens out there. What? You could answer that way for everything! Well, she was forced into the underdog position from Day 1, so it’s not fair. Oh God, this discussion isn’t happening.

Here’s what I’m wondering going forward: If YOU were the person who decided on returning players, would you bring back J’Tia OR Tasha? Why can’t we have two black women returnees on the same season? For starters, they’re originally from the same season. You mean like Kat and Monica from One World who were also on Blood vs Water? Oh come on, they’re two totally different people! And J’Tia and Tasha are the same person? Crap.

I’ve predicted LJ, Jeremiah, Jefra and now Tasha to finish in second place and they’ve all been voted out the following episode. Whoop-de-doo. I was leaning towards putting Spencer in the two spot to push my luck, but I believe Spencer goes home so why bother playing cute.

Don’t you think it was a little odd the Immunity Challenge featured counting and memorization skills? I mean, Spencer is a grandmaster piano chess champion. Piano? Let it be.

The challenge was right up his alley. Plus, it involved running and Spencer is a young man with two legs. What are you trying to say?

Isn’t it obvious? This challenge was built for Spencer! You’re being sarcastic.

Hold on, I have some great new names for this season…

What is it then? It’s all this riggage talk. Oh, that’s weird, I didn’t realize how annoying it was to talk about the game being rigged for certain players. I mean, how could that possibly be grating?

Serious strategy talk – If Spencer doesn’t win Immunity, he goes home. If he does, Trish goes home. If Trish is the one sent packing, it will be a nail in the coffin to Tony’s game and we should expect a Spencer win. Kass helping Spencer make a comeback in the Reward Challenge seemed to be foreshadowing the final six days. Why show unlikable Kass aiding likable, ahem, Spencer for the win?

Thanks for the segue! I’m sure no one is surprised Woo is great with Asian children. Excuse me? I need to schedule a martial arts session with Woo. I’d like to turning hook kick the sensitivity out of you.

Martial arts is about self-defense and spiritual development. Plus, Woo would never allow you to hurt me! Are you done? For now.

Do you want to know why Woo is so great with children? It’s because he, like children, does three things better than most adults:

I’d like to have three babies with him. Or four. Maybe five. I just tried teaching you something invaluable and all you can think about is making ninja babies with Woo! Um, if you had ovaries you would, too.

This is going to sound incredibly mean, but I wonder what it’s like to be Kass Level Delusional. Mean AND condescending. Whose section are we in? Touché.

Instead of going down the low-hanging fruit path, this deserves some love…

Kass had this to say on Twitter – “A thousand apologies to @tony_vlachos for thinking he called me a B when he did not. Seriously, I thought he did. :(”

Even though I don’t believe in apologies like this— Wait, you don’t believe in apologies? Not like this. Explain. Well, it has to be an actual accident. Back out of the driveway and run over a child? Apology believed! What the f*ck? If you mishear someone, that deserves more of a “It’s my fault and I acted poorly in response. Even if someone was talking sh*t about me, I need to learn how to deal with it differently. Again, I was the only person wrong in this situation and I was wrong on all levels.”

That’s exactly what Kass said, but without the apology! Almost. Actually, forget I said anything.

I’ll continue to add this sentiment: Kass is not a bad person. She, like 96% of humans, is not meant to play Survivor.

Props to Trish for running on fumes and sprinting in the sand at 48-years old. She’s a competitor and you have to respect that.

Unfortunately for Trish, it’s now officially a two-horse race and it doesn’t include her or LJ. I would pay to see her and LJ make out. She should have made a bet with him at the merge – “If I outlast you in the game, you have to lay those sweet Boston lips on mine…”

“… And then you have to do a horse noise with your lips on my other”— NO! JUST NO! Aw, you never let me finish the good ones. LJ can finish on— DOUBLE NO! Aw, having this filter thing really sucks sometimes.

Serious strategy talk – I’ve already painted the next Immunity Challenge as Trish’s deciding moment. She either has a seat at Final Tribal Council or she’s voted off. See below for my “Gambling prediction”.

Tony had me Jersey Shore fist pumping! Heck, I almost whipped out my glow sticks when he was dissecting Woo’s lie. Guidos are the worst. And Woo’s lie was the worst!

Wait, what was that? You know what I said. No seriously, I can’t hear you over my…

TECHNO MUSIC, BABY! UNCE UNCE UNCE! I refuse to click on that. Don’t feel like dancing? I feel like dancing on Tony’s grave. Sheesh, what a party pooper. I’ll poop a party on your face. Do that and you’ll be swimming with the fishies in your brand new pair of cement shoes.

Serious strategy talk – Much like Spencer’s and Trish’s, Tony’s game hinges on the next Immunity Challenge. He either comes in fourth or first. The only scenario in which I see Tony winning is if Trish makes the final four with him. She’s the glue for Tony, but something tells me he doesn’t realize it.

Gambling prediction – The above predictions are ranked solely on it being a Final Three and the paper odds that Spencer has a 20% chance of winning Immunity and an 80% chance of losing.